The Managing Director presented the purchase schedule for the forthcoming Matinkylä-Kivenlahti building contracts. The procurement notice for the rail line contract was submitted to HILMA (the electronic procurement notice system maintained by the Ministry of Economic Affairs and Employment) on 15 December. Tendering for the remaining building contracts will take place during spring 2018.

The situation management model for the second phase was presented to the Board.

The Board received a status update on the comprehensive safety and risk management of the second phase.

Länsi-Uusimaa Department for Rescue Services will arrange a rescue exercise at the Länsimetro excavation site in Kaitaa at Kaitaantie 6 on Monday 12 December 2017, starting from 13:00.

This exercise will last for around two hours. A fire or an electrical fire was selected as the fictional scenario of the accident. The participants will include SRV Infra Oy, which is the contractor at the Kaitaa excavation site, the rescue department of Länsi-Uusimaa, and the West Metro project. Two rescue units from the rescue department of Länsi-Uusimaa will participate in the exercise. There will be personnel near the exercise area to direct traffic for the whole duration of the exercise.

This exercise is the ninth rescue exercise in a series of exercises arranged along the track section between Matinkylä and Kivenlahti. During the exercise, personnel of the rescue department will have an opportunity to get familiar with the conditions in underground premises during construction and excavation.

Further information on the exercise

Länsi-Uusimaa Department for Rescue Services will arrange a rescue exercise at the Länsimetro excavation site in Finnoo at Finnoonsilta 9 on Monday 11 December 2017, starting from 13:00.

This exercise will last for around an hour. A fire or an electrical fire was selected as the fictional scenario of the accident. The participants will include Lemminkäinen Oy, which is the contractor at the Finnoo excavation site, the rescue department of Länsi-Uusimaa, and the West Metro project. Two rescue units from the rescue department of Länsi-Uusimaa will participate in the exercise. In the vicinity of the exercise area, personnel will be reserved to direct traffic for the duration of the exercise.

This exercise is the eight rescue exercise in a series of exercises arranged along the track section between Matinkylä and Kivenlahti. During the exercise, personnel of the rescue department will have an opportunity to get familiar with the conditions in underground premises during excavation.

Further information on the exercise

The first and second phase tunnels of the West Metro were linked for the first time on Wednesday, 29 November, as a breakthrough was made in the southern rail tunnel, between the completed Matinkylä rail tunnel and the Finnoo tunnel under excavation. The northern rail tunnel will be connected during week 49.

In each West Metro contract, the worksites excavate simultaneous tunnels which are then connected at the boundary between contract areas. At the Matinkylä–Finnoo section, the tunnels were separated by on average a three-metre layer of rock that was removed for the breakthrough.

The breakthrough was carried out so as to not cause disturbance to the operational metro traffic. The breakthrough between the tunnels took place at a distance of some 500 meters from the station. The explosion force was also suppressed by a pressure wall and excavation bank.

After the Matinkylä–Finnoo section, only the Espoonlahti–Kivenlahti section remains unconnected, with the breakthrough between them planned to be carried out in mid-December.

A total of 93.4% of the excavations for the West Metro’s Matinkylä–Kivenlahti section are now completed. Five new metro stations are constructed for the second phase west of Matinkylä: Finnoo, Kaitaa, Soukka, Espoonlahti and Kivenlahti. In addition, an underground metro depot will be constructed in Sammalvuori.

Excavation of the Riilahdentie entrance to the Matinkylä-Kivenlahti section of the Länsimetro were begun at the Kaitaa work site on week 47. The Riilahdentie shaft is one of the technical shafts of the Kaitaa contract section. Once the metro is completed, these shafts serve as emergency exit, smoke extraction, pressure equalisation and ventilation shafts.

Both boring and drilling work takes place on weekdays between 7 a.m. and 6 p.m.

The blasting work will last about three weeks, followed by reinforcement work and making of the concrete structures. All in all, work on the shaft is expected to be completed in March 2018.

What are the shafts? You can find more information on shafts here. 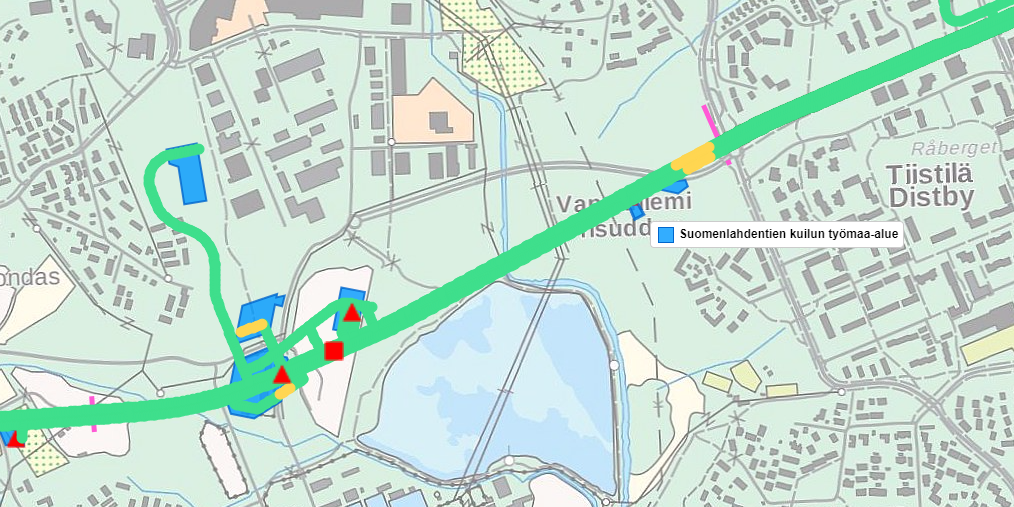 Excavation of the Maininkitie shaft will begin at the West Metro Espoonlahti worksite on week 47, from 20 November. The Maininkitie shaft is one of the technical shafts of the Espoonlahti contract section. Once the metro is completed, these shafts serve as emergency exit, smoke extraction, pressure equalisation and ventilation shafts.

Excavation of the shaft will begin with drilling of the excavation holes, and blasting work is set to commence after that. The excavation work, which will take approximately three weeks, will be performed on weekdays (Mon-Fri) between 7 am and 6 pm.  The working hours are based on a noise permit by Espoo Environment Centre.

Mikko Mauro begun work as a fire safety expert in the West Metro project on 25 October. In addition to supervising fire engineering, Mauro will focus on managing fire safety as a whole in the planning, construction and introduction phases of the project.

Mauro also has practical experience in rescue work – before his career as a fire engineer, he worked as a fireman. He also holds a Master’s degree in education from the University of Helsinki.

“The metro offers interesting challenges in a professional sense. We are implementing a good, high-quality public transport solution that will serve society in an extensive way”, Mauro says. 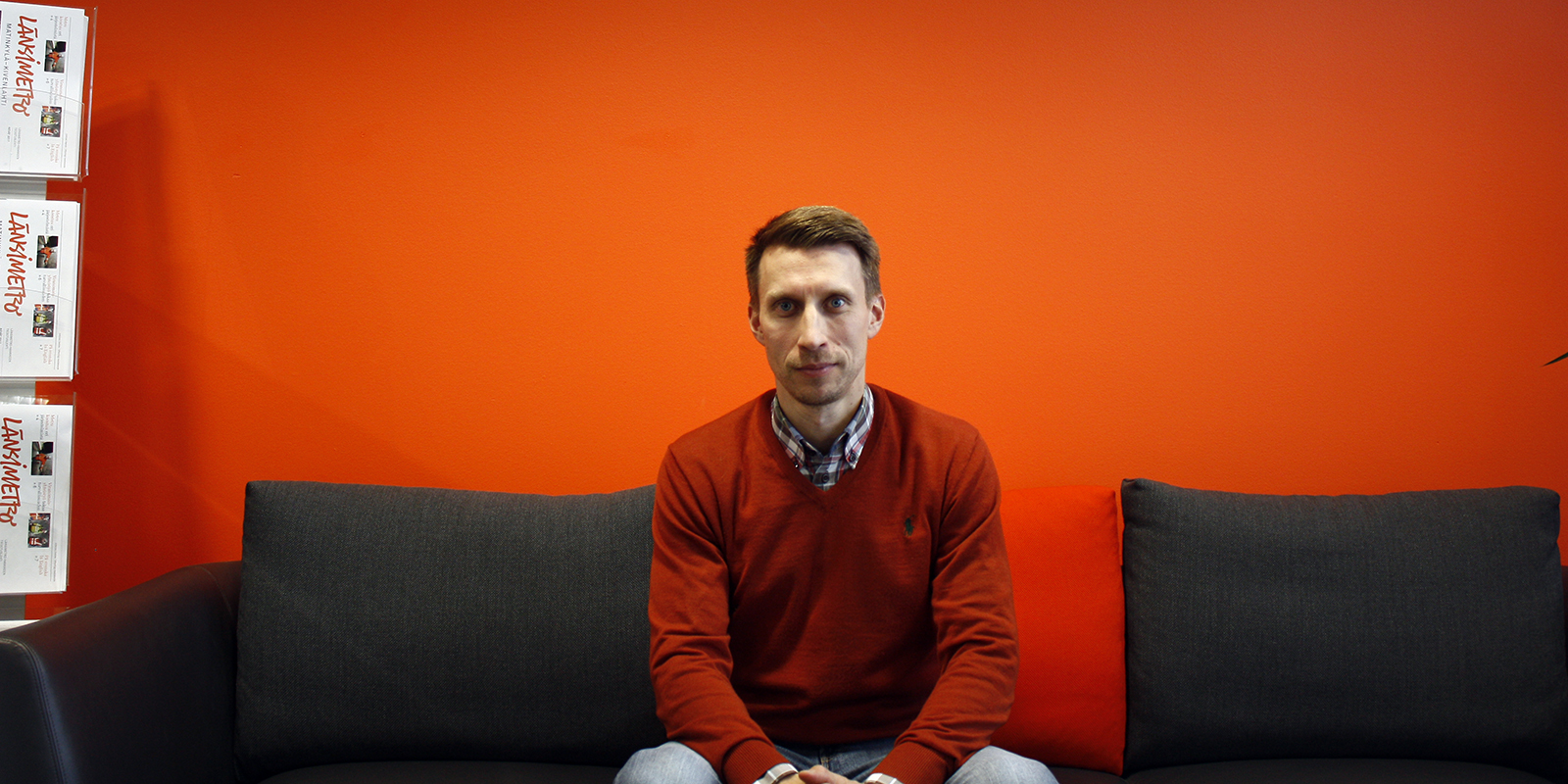 A status report on HKL’s introduction of the Ruohonlahti-Matinkylä section was presented to the Board.

The Managing Director was authorised to begin preparations for the procurement of the construction projects of phase two, the Matinkylä-Kivenlahti section.

The Chief Financial Officer of Länsimetro Oy presented the company’s financial situation to the Board. The Managing Director was authorised to begin a tendering exercise and enter into a contract with respect to a maximum of EUR 50 million of financing for the second phase of the Matinkylä-Kivenlahti line.

The company’s measures to develop internal communications in the project organisation for the second phase were presented to the Board.

The next meeting will be held on 17 November.

HSL announced on 10 November that the Ruoholahti-Matinkylä section will be opened for passenger traffic on Saturday 18 November.

When traffic starts, HKL will be responsible for operation as well as the servicing and maintenance of the track and stations. Länsimetro will retain ownership of eight stations and the track.

A total of 20,474 workers, hundreds of designers and other experts participated in the construction. Länsimetro thanks everyone involved in the project. 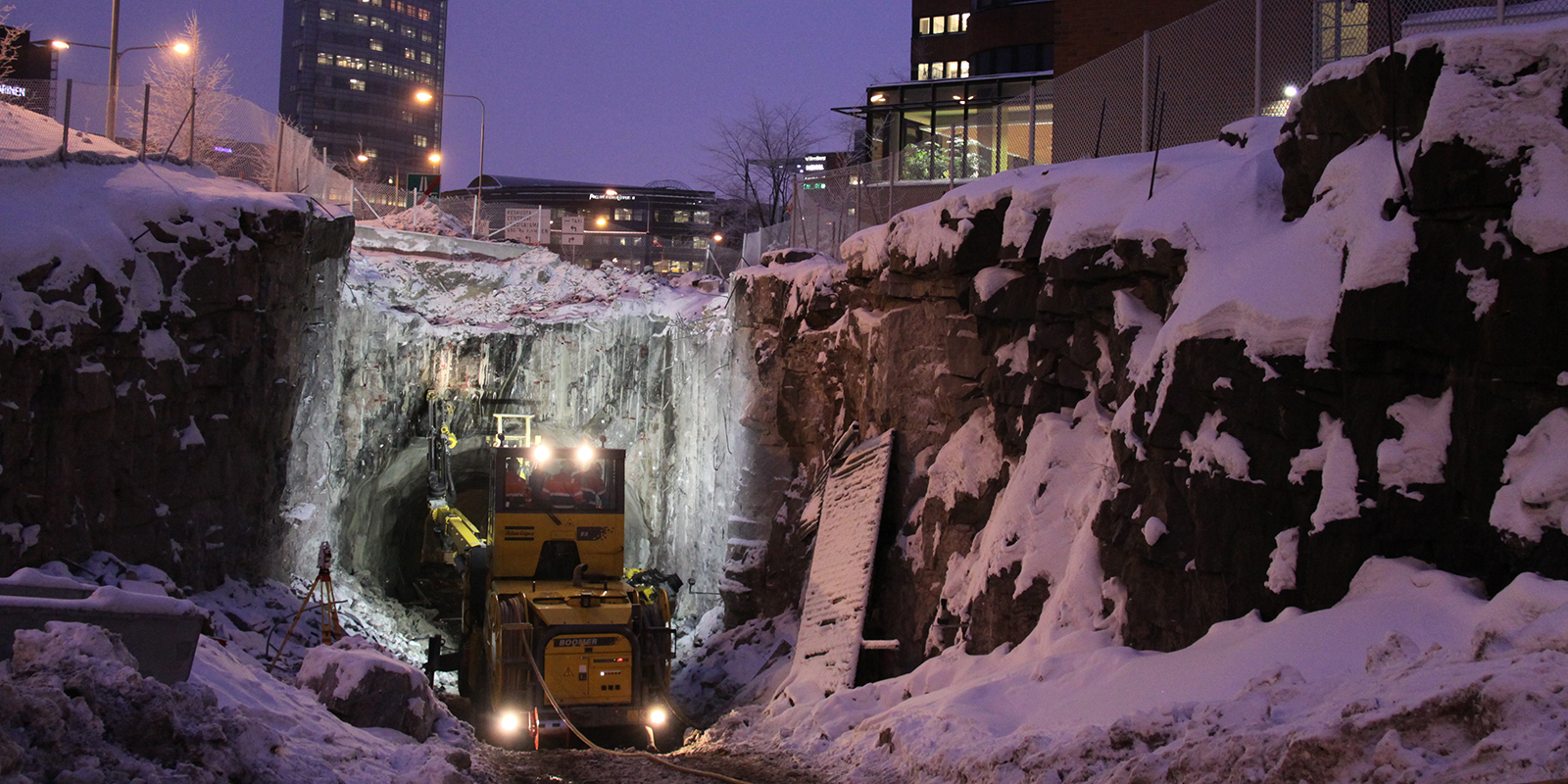 Excavations began from Ruoholahti in 2009.