The Koivusaari metro station is situated under water, between Lauttasaari and Koivusaari, on the south side of the Länsiväylä highway, at the address Sotkatie 11. The entrance on the Koivusaari side is completed and waiting for the surrounding area to be developed.

The station’s main themes are sea and water. It will serve two city districts: the future Koivusaari and Lauttasaari. Koivusaari is presumably the world’s only metro station located under the sea. At 76.1 metres in total length, the escalator from the platform area to the ticket hall is the longest in Finland.

The ceiling of the main entrance is reminiscent of an upturned wooden vessel. In line with the marine theme, the area between the yard and building includes beach pebbles and grass, and the upper walls of the platforms repeat the shape of a whale’s baleen. The station was designed by Helin & Co Architects. 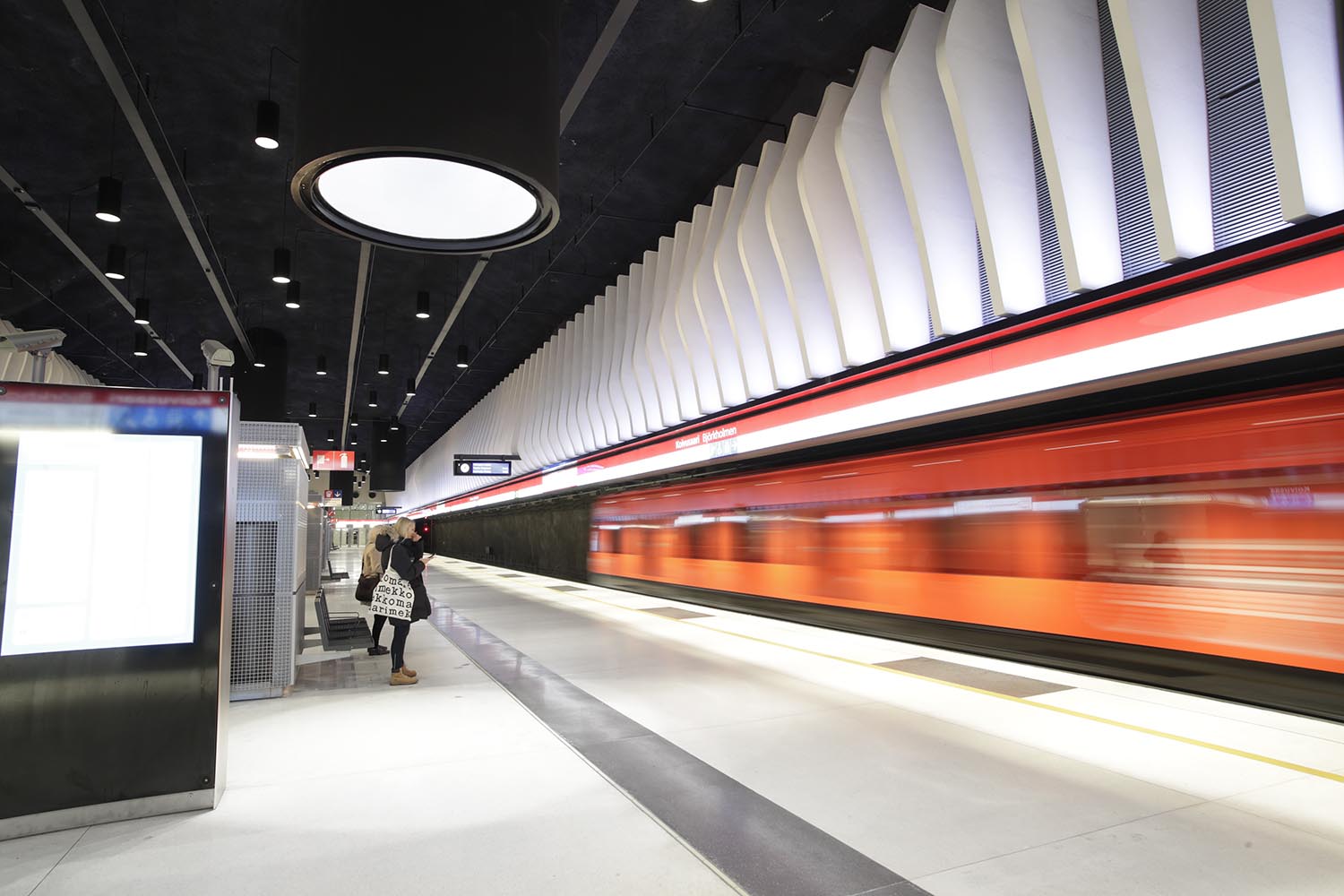 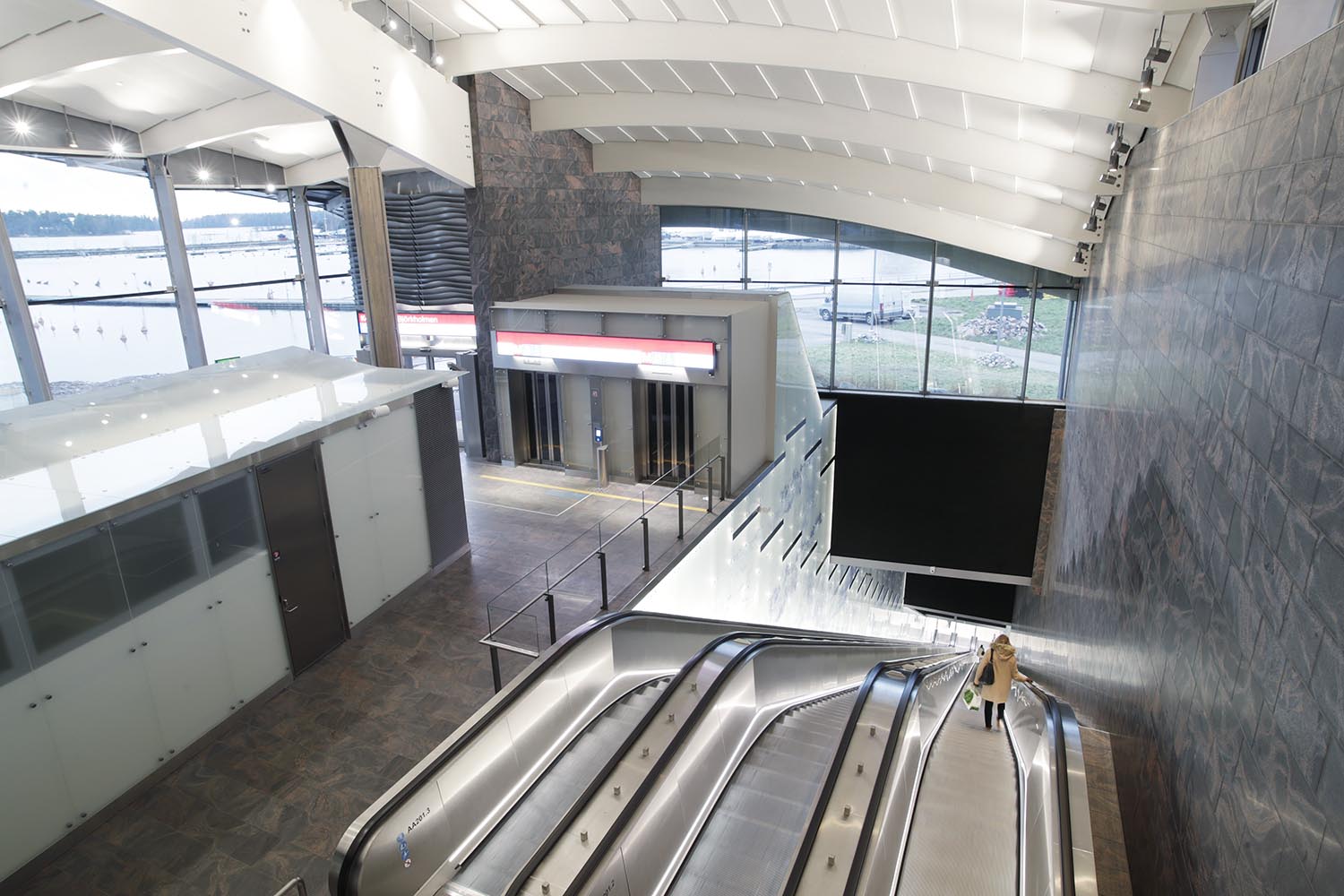 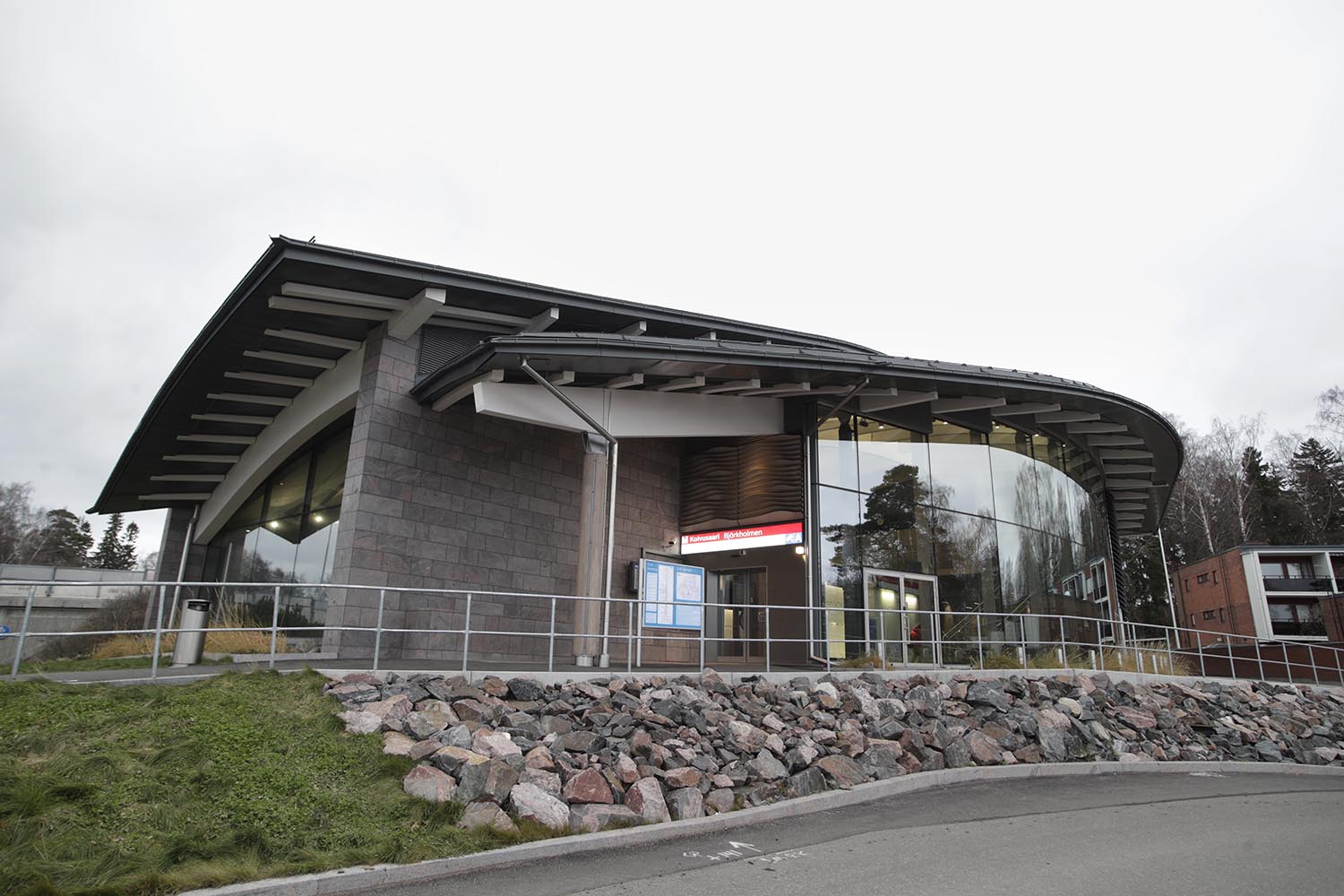 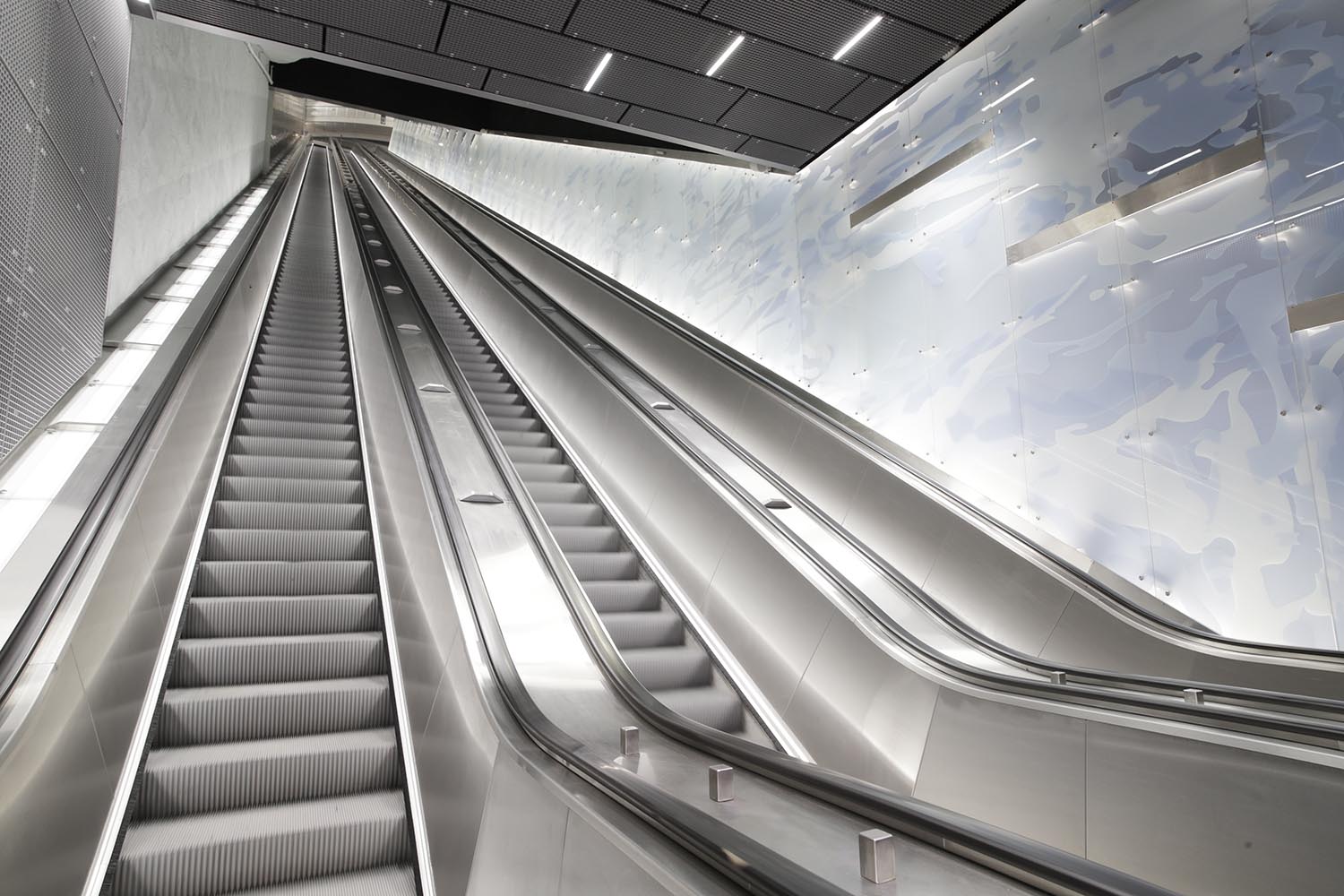