Niittykumpu metro station is located at the corner of Merituulentie and Haukilahdenkatu, at the address Niittykatu 2, and is part of Niittykumpu’s shopping centre. The station’s interior design presents a strong and unique identity reflective of a summer meadow. Inspired by the name Niittykumpu (Meadow Hill in English), both sides of the platform’s walls are covered by the work of artist Mari Rantanen, depicting the red and green shades of fireweed and grass found in meadows. The metro station was designed by Arkkitehtitoimisto HKP Oy.

Niittykumpu metro station is located within Shopping Centre Niitty, which opened its doors in 2017. Along with the metro, a 24-storey residential tower called Niittyhuippu has been built in the area. Significant residential construction is taking place in Niittykumpu, for instance, in the areas of Vuoritonttu, Niittykallio, Tonttumuori and Riihitonttu.

The business premises of a number of Finnish and international companies are located in Niittykumpu – some 6,000 people are currently employed in the area. The population is expected to grow from the current 5,000 residents to 12,000 by the year 2030. Several new schools, day-care centres, sports fields and parks are under construction in anticipation of the area’s future residents. 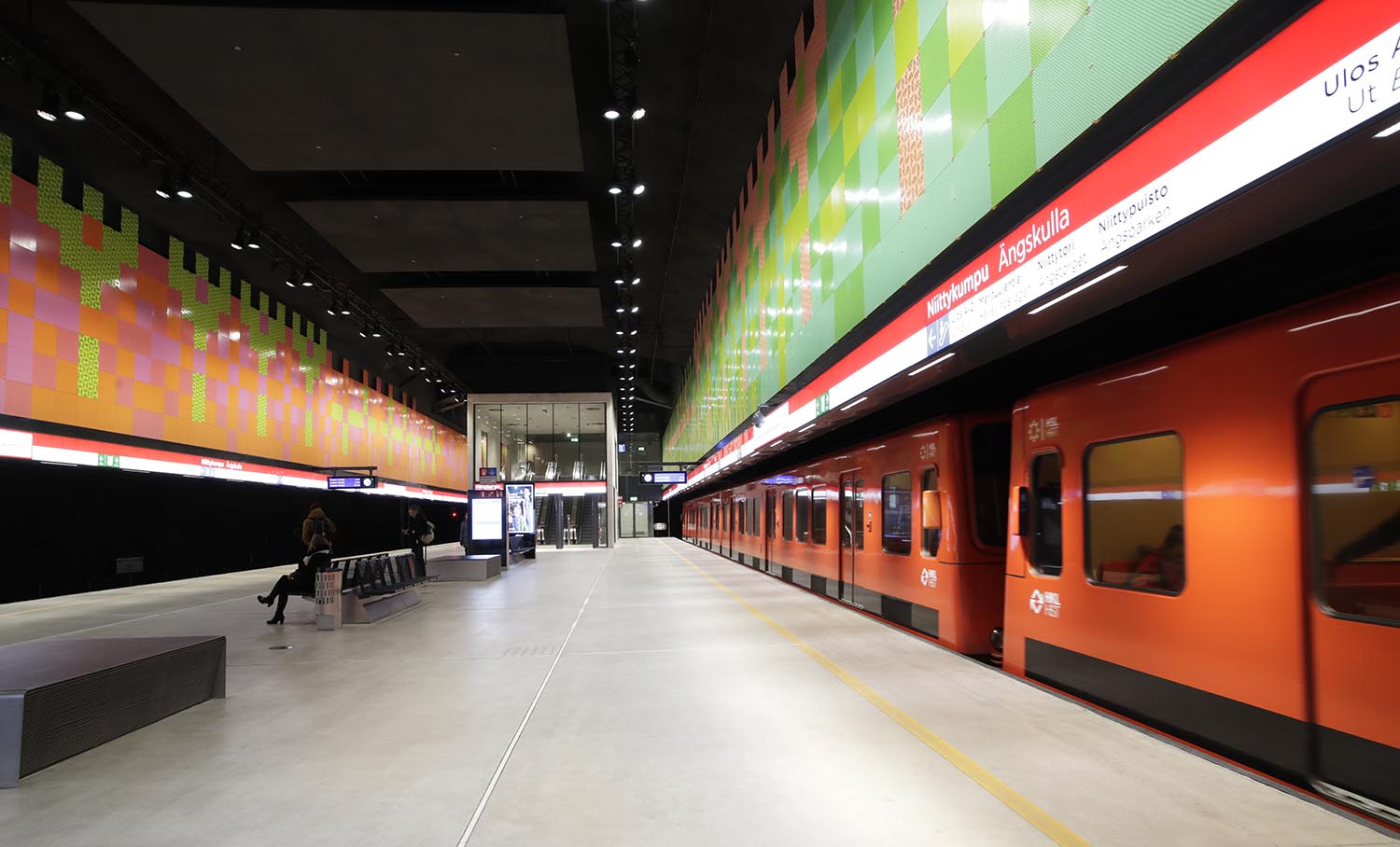 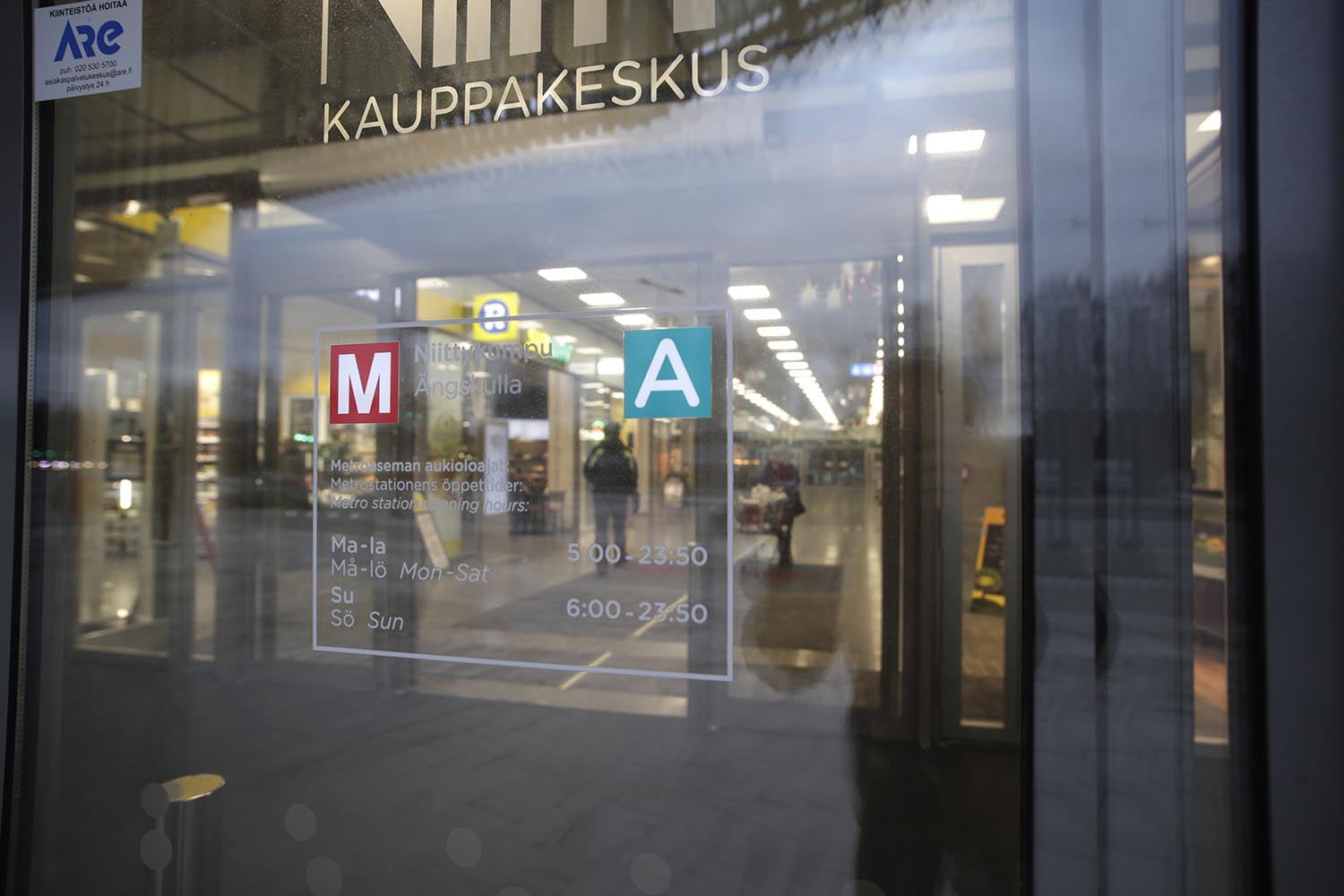 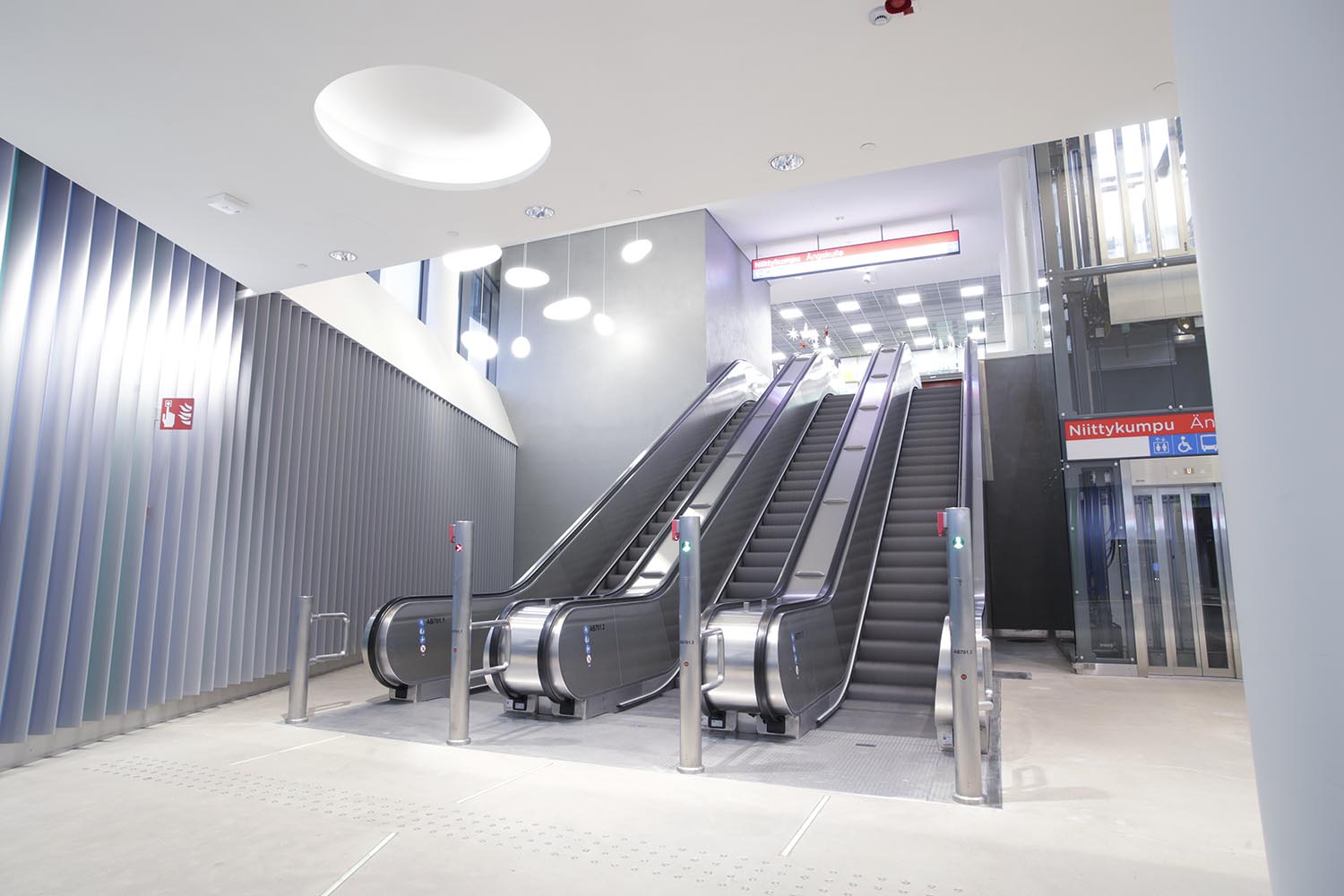 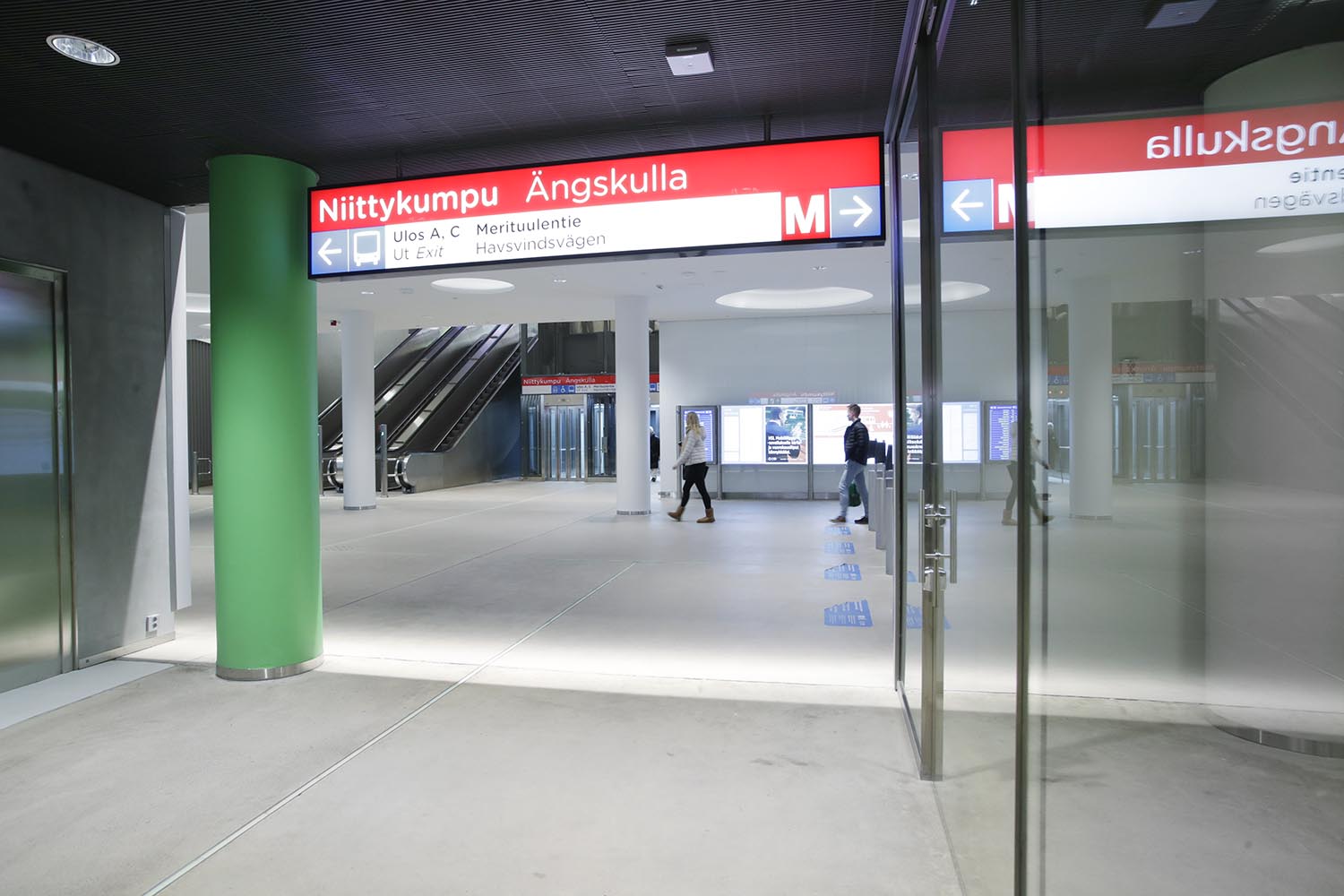