The Tapiola metro station is situated underneath Merituulentie, and its official street address is Merituulentie 1. The white backlit glass walls enhance the station’s atmosphere as an open and high space that expands towards the ticket sales level. Tapiola station is the metro’s second western terminal station and a key terminal for feeder traffic. The station is adjacent to a bus terminal, which was opened in early 2019, at the same time as the south entrance was opened. The platform area is encircled by an urban platform serving the pedestrian connection between Tapiola Park and the south side of Merituulentie.

The platform area ceiling has 108 light fixtures that act as acoustic dampers. The lamps have several functions, from dampening the acoustic environment of the metro line’s only two-storied station to providing lighting and housing technical services, such as sprinklers and loudspeakers. Their load-bearing structure consists of a fibreglass shade made of fire-resistant resin that is coated on both sides with fire-resistant acoustic foam. The bottom edge of the lampshade is skirted with a LED band that illuminates its interior surface. Sixteen of the lampshades contain loudspeakers, and the geometrical design of the shades directs and delimits the direction of the sound and enhances the audibility of announcements. Each of the lights also contains a sprinkler nozzle.

At the station platform, commuters are greeted by the sculpture “Emma leaves a trace” by Kim Simonsson. The Tapiola metro station was designed by APRT Arkkitehtityöhuone Artto Palo Rossi Tikka Oy.

The metro is connected to the AINOA shopping centre, the third phase of which will open to the public in autumn 2019. Located a short distance from the metro station are the Exhibition Centre WeeGee, the EMMA museum, which was named museum of the year in 2018, Tapiola Sinfonietta and Espoo City Theatre.

Along with the metro, flats for more than 2,000 new residents are planned for Tapiola, and the area’s population is expected to grow to approximately 15,000 by 2050. 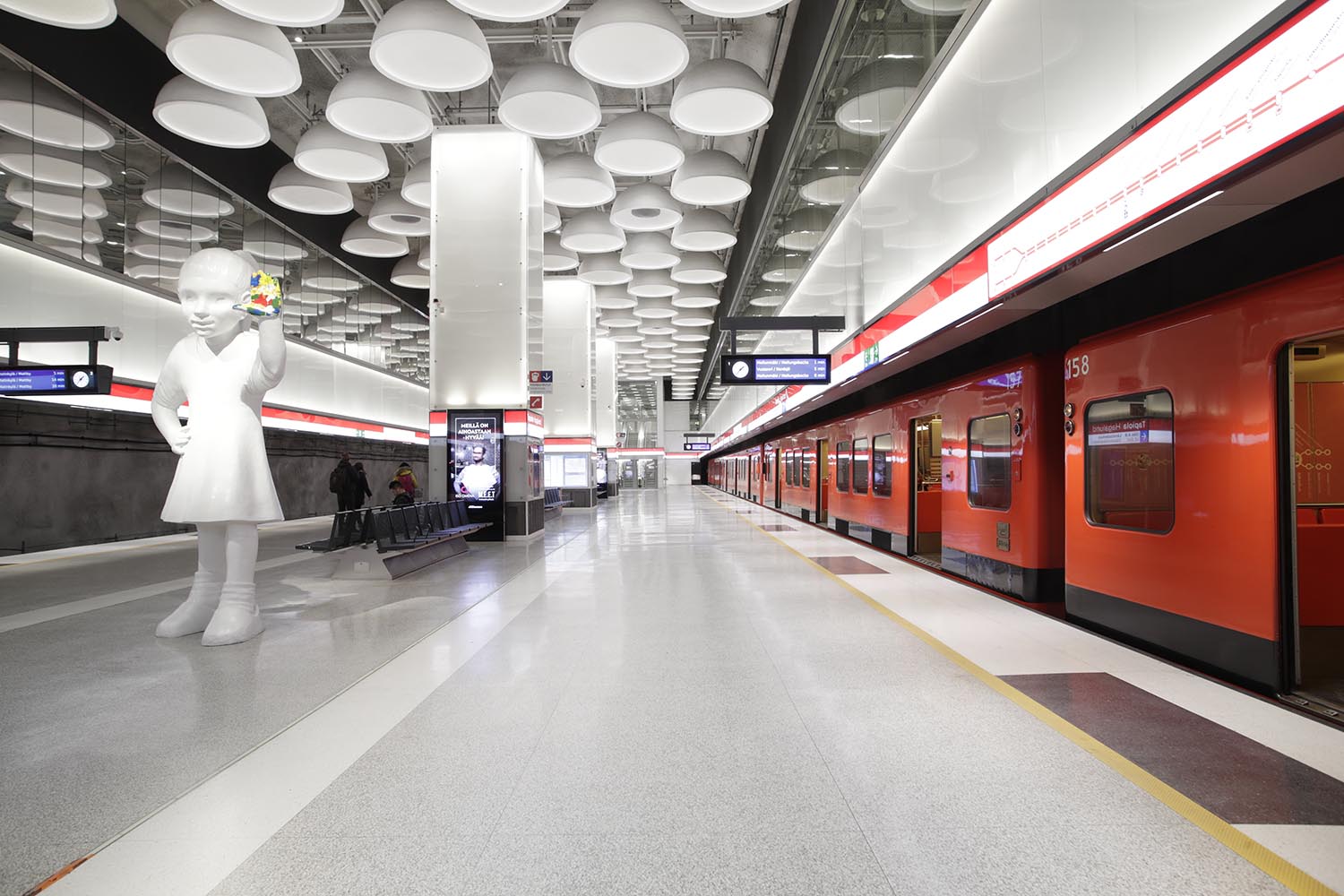 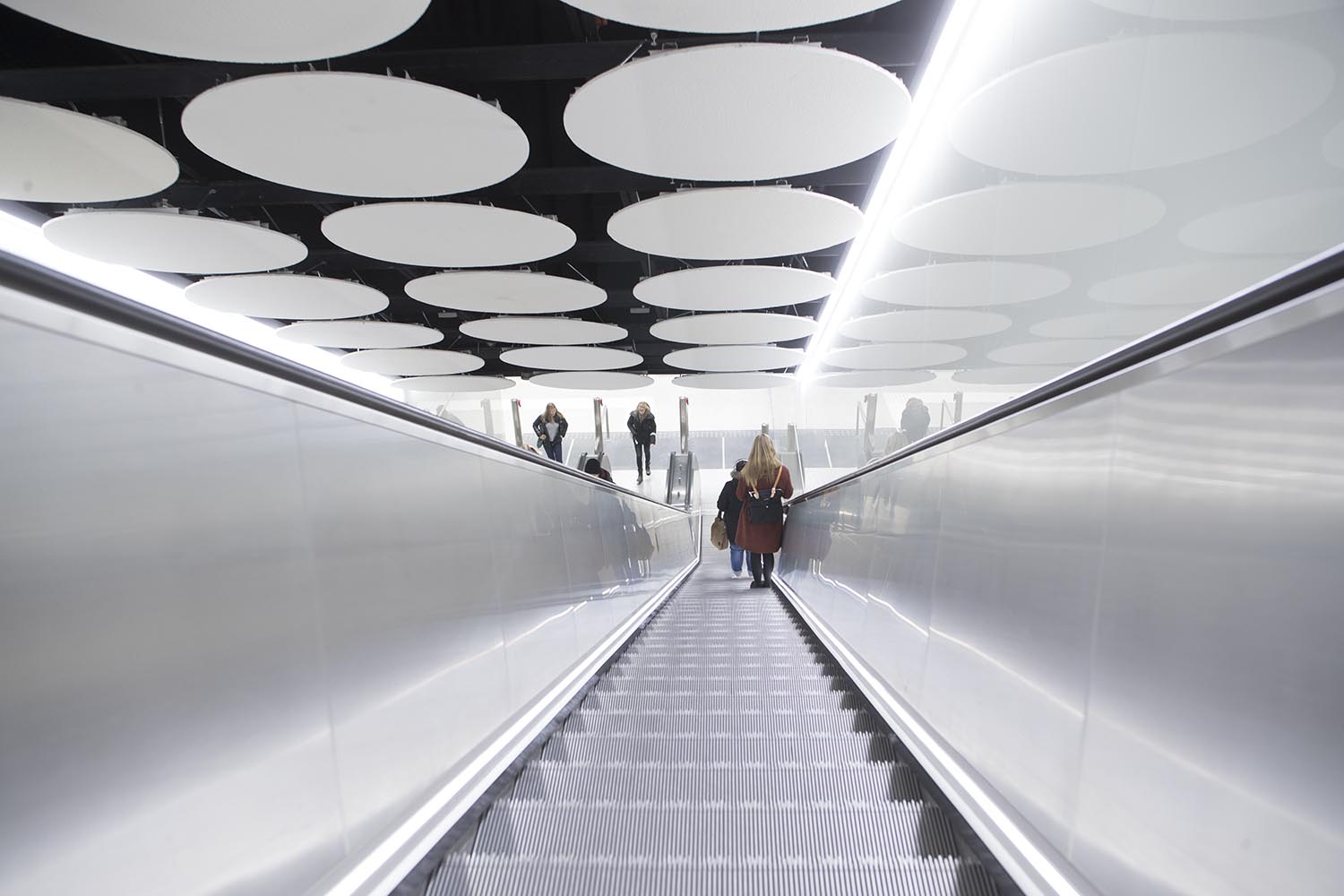 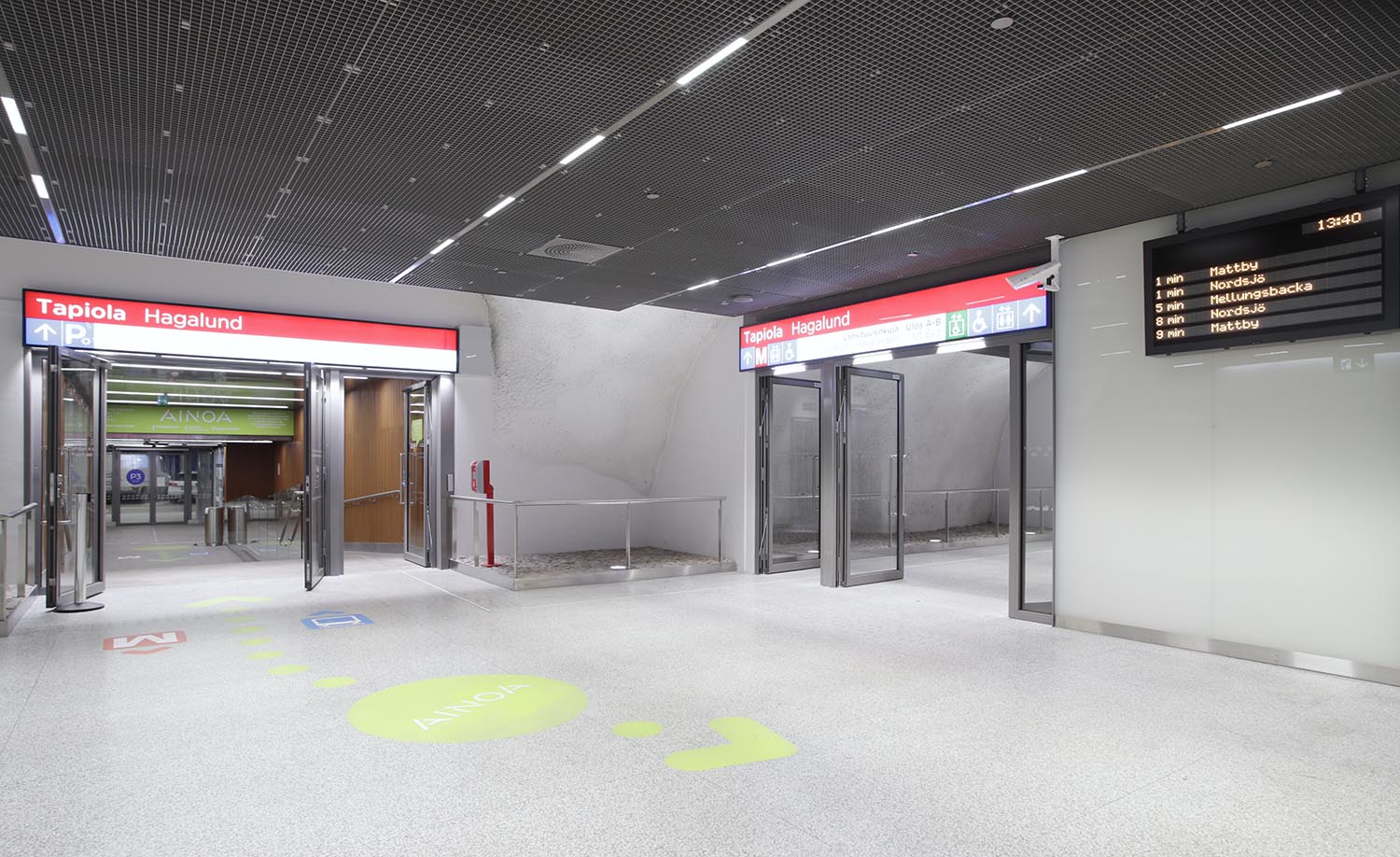 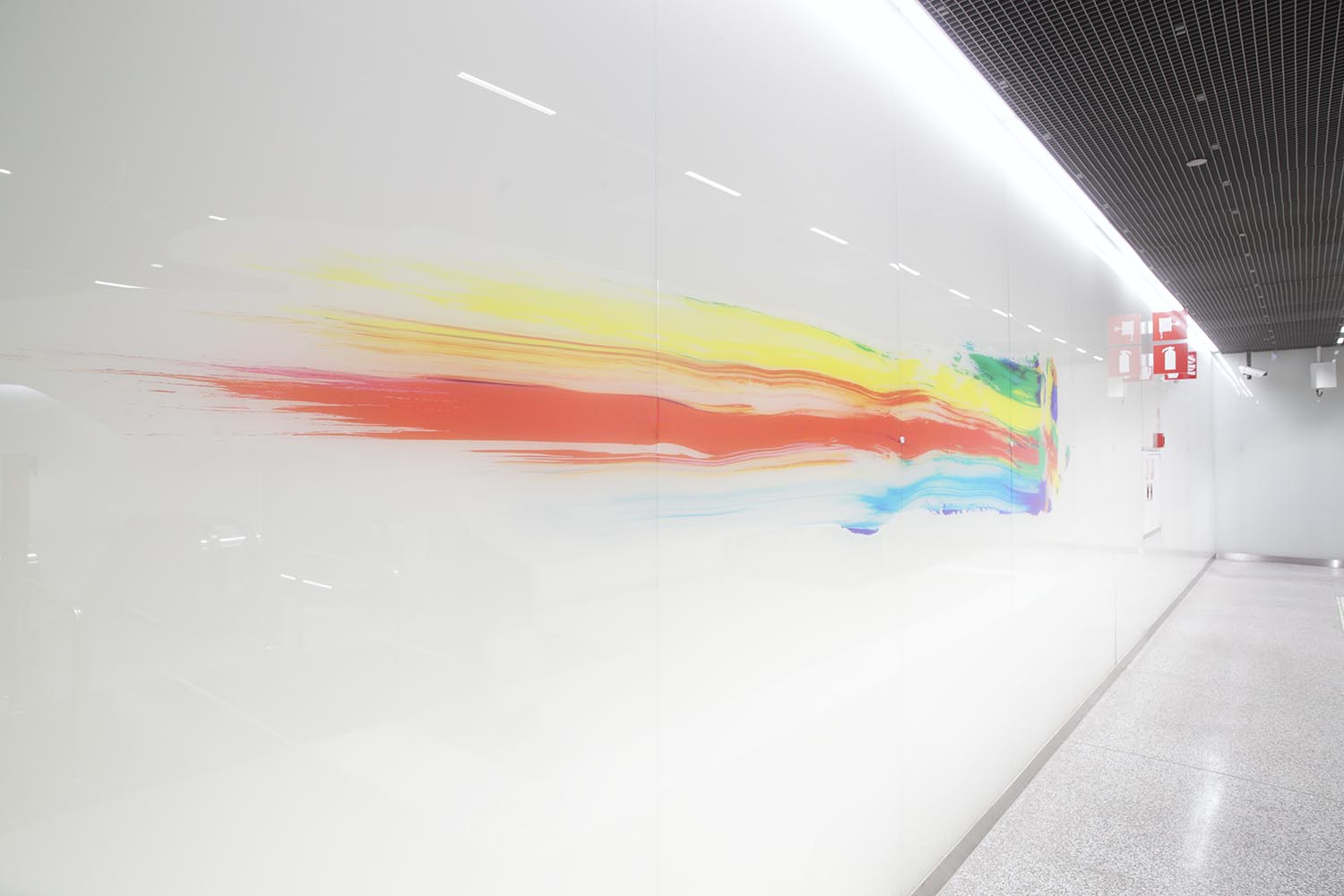