Matinkylä metro station and the adjoining bus terminal are part of the Iso Omena shopping centre. The address is Suomenlahdentie 1. Matinkylä is the terminal station of the first phase of the West Metro and therefore an important centre for feeder traffic. The design of the platform area ceiling was inspired by white clouds and frost. The ceiling surface is made up of alternating white aluminium plates. The Matinkylä metro station was designed by Arkkitehtitoimisto HKP Oy.

The metro station and bus terminal are connected to the Iso Omena shopping centre, which houses some 200 shops, a restaurant world and the City of Espoo’s Service Centre.

An area referred to as the Tynnyripuisto area is being developed near the metro station and Iso Omena; it will include a hotel that is currently under construction next to the metro station. Once completed, there will be a connection from the hotel to the metro. Other Tynnyripuisto projects include a new indoor swimming pool, a seniors’ residence and new residential construction.

The population of the Matinkylä area is expected to grow from the current 20,000 to an estimated 30,000 by 2050. The headquarters of several technology companies are also located in Matinkylä. 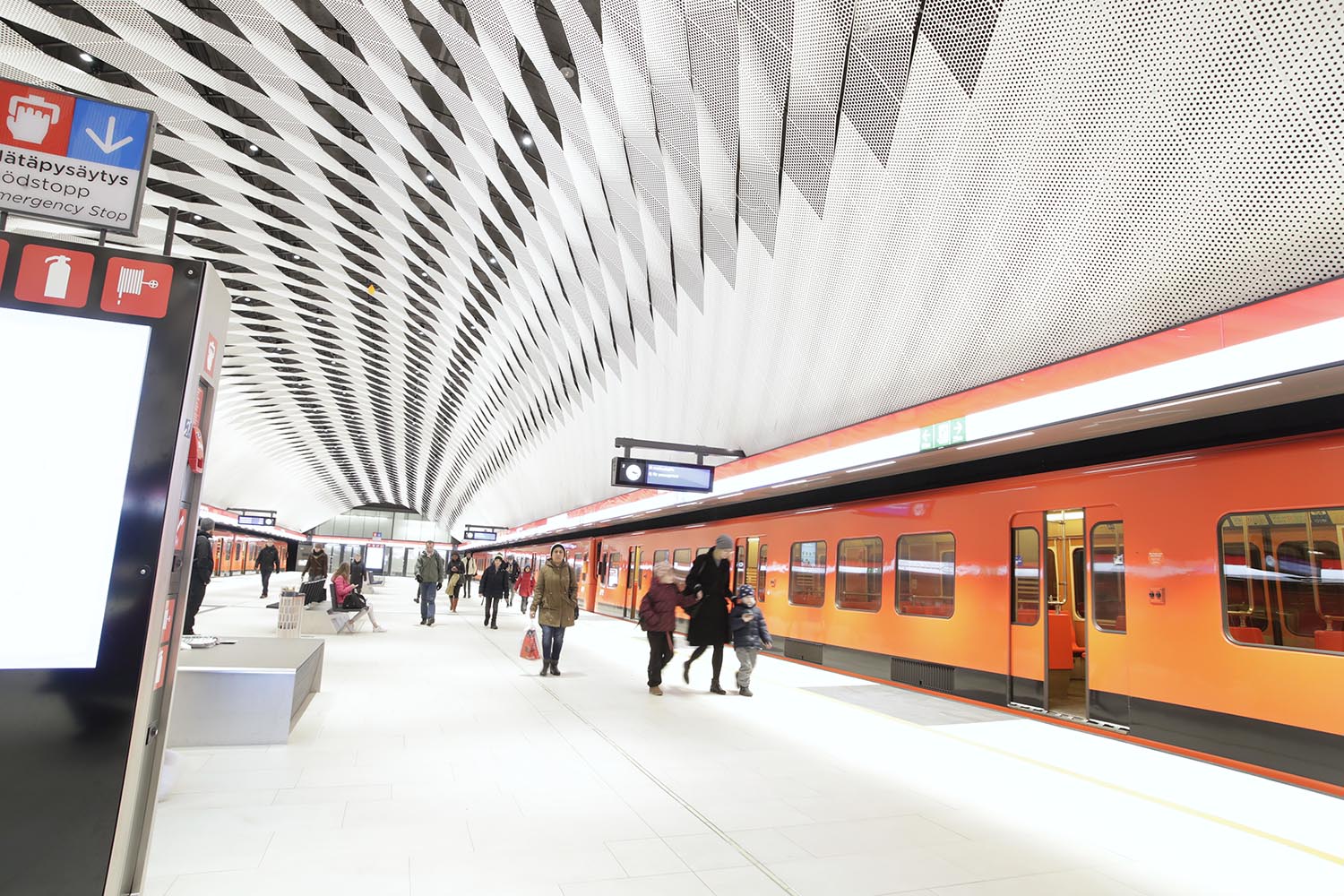 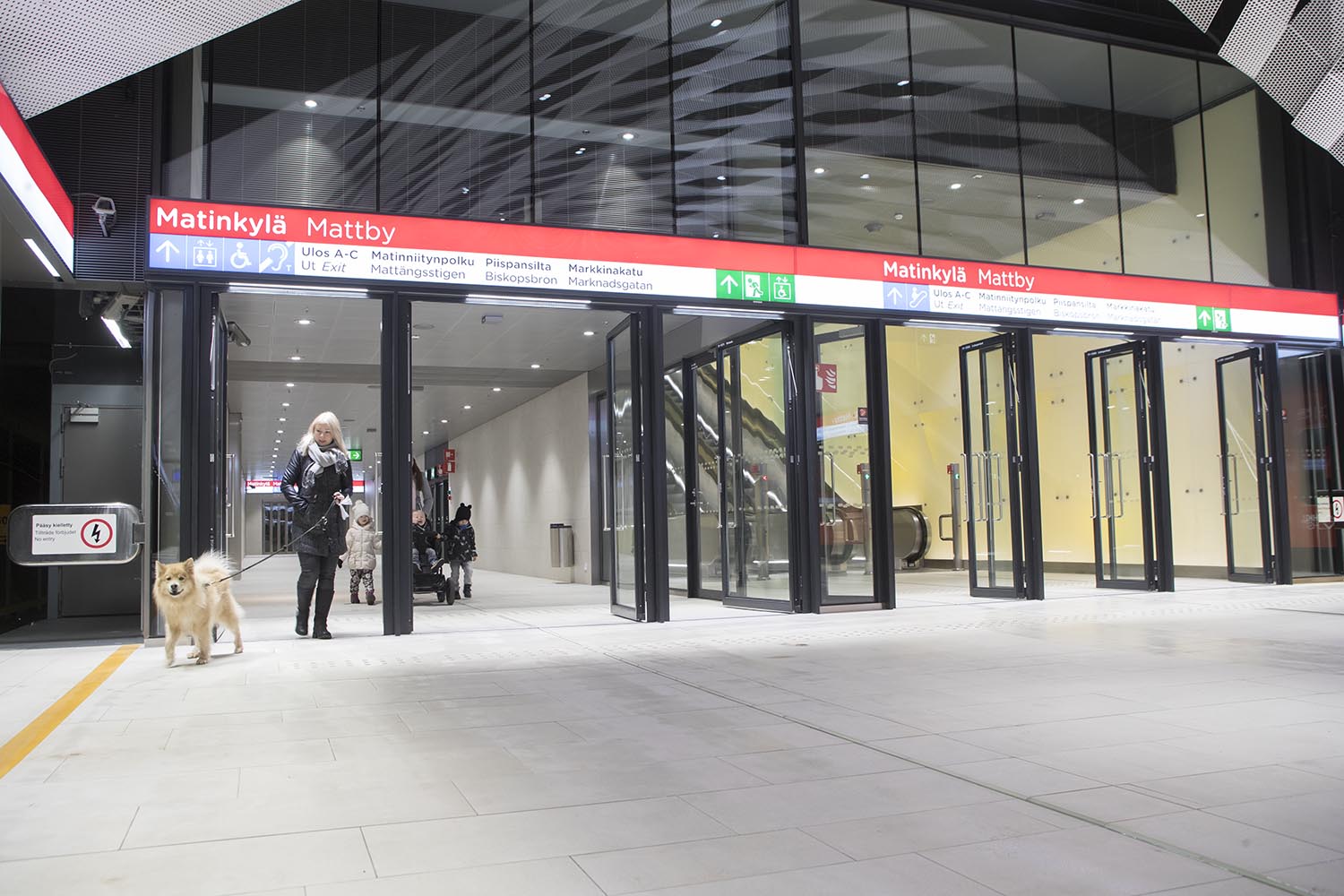