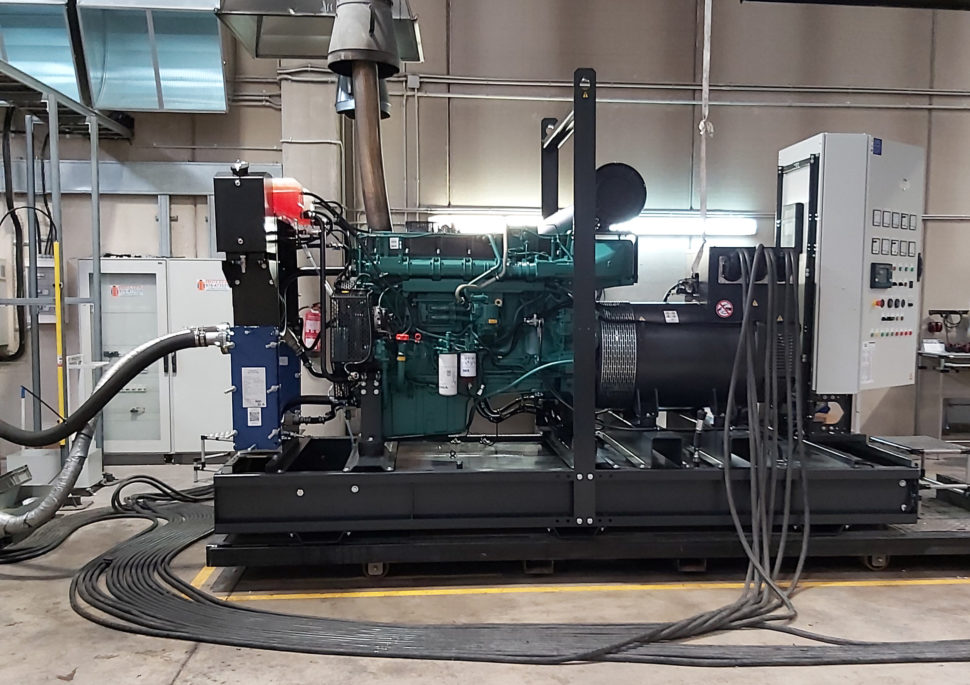 Before the standby generators are delivered for installation in the new metro stations, the operation of the overall machinery is inspected in a Factory Acceptance Test (FAT test).

We previously had a sneak peek at how the escalators are installed (in Finnish)– for commuters, escalators are a visible and familiar part of metro stations. Standby generators, on the other hand, are placed out of commuters’ sight. The spaces that are visible to commuters, such as the metro platform and escalators, only make up about one third of all of a metro station’s premises: two thirds are hidden from view.

The standby generator is brought underground in one piece – unlike, e.g., escalators, which are brought underground in multiple pieces and then assembled. The standby generator is delivered through the service tunnel and the future rail line to the vicinity of the installation spot, from where it is lifted into place using lifting equipment. Once in its final place, the protective plastic is removed from the generator and it is set up for operation.

The installation of standby generators is one of 30 subcontracts that are carried out on the entire rail line. Others are escalators, elevators, smoke extraction fans and camera surveillance, to name a few.