The new award is given to Länsimetro’s worksites twice a year as a testament to co-operation skills. In a construction project of the West Metro’s magnitude, co-operation and interaction between the various players is highlighted.

The Co-operation Award is Länsimetro’s own perpetual trophy that is awarded twice a year to a winner selected from its own active worksites. The first winner of the award is the rail line worksite, which is building seven kilometres of rail line, seven shafts and 32 connecting tunnels along the Matinkylä–Kivenlahti section. Learn more about the rail line

“A construction project of the West Metro’s magnitude highlights co-operation and interaction between the various players. We want to measure co-operation and trust in every construction contract and address potential obstacles to co-operation as early as possible before they pose problems for the progress of the project,” says Jaakko Naamanka, Project Manager on the Matinkylä–Kivenlahti project.

The award is given twice a year to a winner selected from Länsimetro’s own active worksites. The objective is to continuously improve co-operation and trust. Länsimetro measures the smoothness of co-operation on its worksites four times a year using a questionnaire that is integrated in the project management model. Measurements have been made since June 2018 as the construction contracts have started up. All parties involved in the construction answer the questionnaire. The respondents give a numerical grade, as well as open-ended comments on various themes. The Celkee Insight service is used for the measurement, which provides information on communication, co-operation, trust and professional pride. The criteria for the award are, in addition to the average score given to the themes in the survey, the positive development of the worksite’s results, the response rate for each respondent group and the number of comments.

The rail line’s average score for the themes measured in the questionnaire was high. Communication and co-operation in the rail line project have developed positively throughout the measurement period. In addition, the rail line’s respondents were eager to comment. The response rate for the rail line was relatively good, at 60%.

“Our worksites follow a genuine Big Room approach: we work together in shared spaces. Communication flows better without unnecessary doors, and email discussions can be avoided simply by taking a few steps to talk to someone. When information flows, it’s easier to aim for the same target,” says Construction Manager Jenni Matikka, offering an example of good co-operation practices on a worksite. 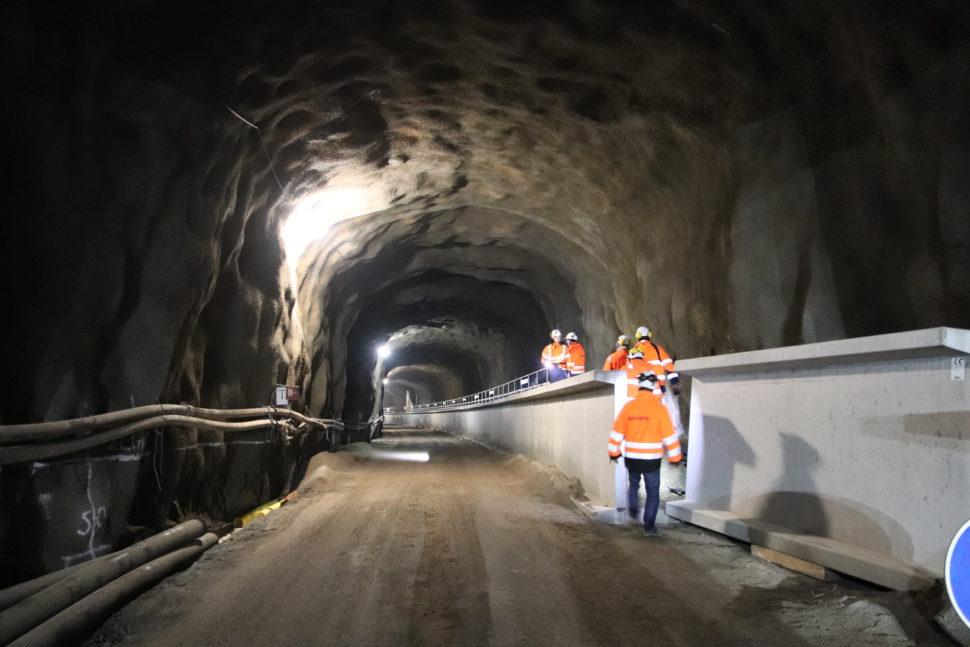