Kera is a modern industrial area, which will look different in the coming years: there are plans to locate residential buildings, services and commercial premises there. KERAPIA has already been transformed from an abandoned industrial building into an urban laboratory – during the event, Kera played host to dance performances, rap music and a diary club. There was even a workshop in which visitors could try out hoop dancing.

The event was staged by the University of Helsinki and Aalto University’s multidisciplinary Tilapioneerit (space pioneers) course, which aimed to take a participative approach to exploring urban development.

“The event went very well and even the weather was favourable, not a cloud appeared in the sky all day. There was a large crowd, with around 500 visitors during the day and 250 more in the evening,” says organiser Arttu Antila of the University of Helsinki.

Antila believes that the course, which combines lectures and event production, was a successful experience.

“We learned a great deal about urban development and event production from the perspectives of both the City of Espoo and event entrepreneurs,” he says.

At the event, Antila coordinated the implementation of painted graffiti – but needed a plywood ‘canvas’ and a partner before getting down to work. The students got in touch with Länsimetro.

“Länsimetro has had graffiti added to its fences before – Länsimetro and KERAPIA are bringing an urban environment to Espoo in this, their own inimitable way. We thought that Länsimetro would be the right kind of partner,” says Antila.

The Länsimetro office gave the idea the green light and it was agreed that the work would be displayed on the Kaitaa construction site fence after the event.

“Besides, works of art bring colour to otherwise monotonous fences and we have noticed that completed works tend to prevent vandalism,” says site supervisor Pentti Väyrynen, who warmly welcomed the work to its new location.

Graffiti artwork will appear at other Länsimetro sites during the spring. Two graffiti workshops were held in Kivenlahti in May, in collaboration with artist Emilio Mäkipää and the Soukka Youth Centre. Graffiti will also appear on the Matinkylä fence in the early summer. 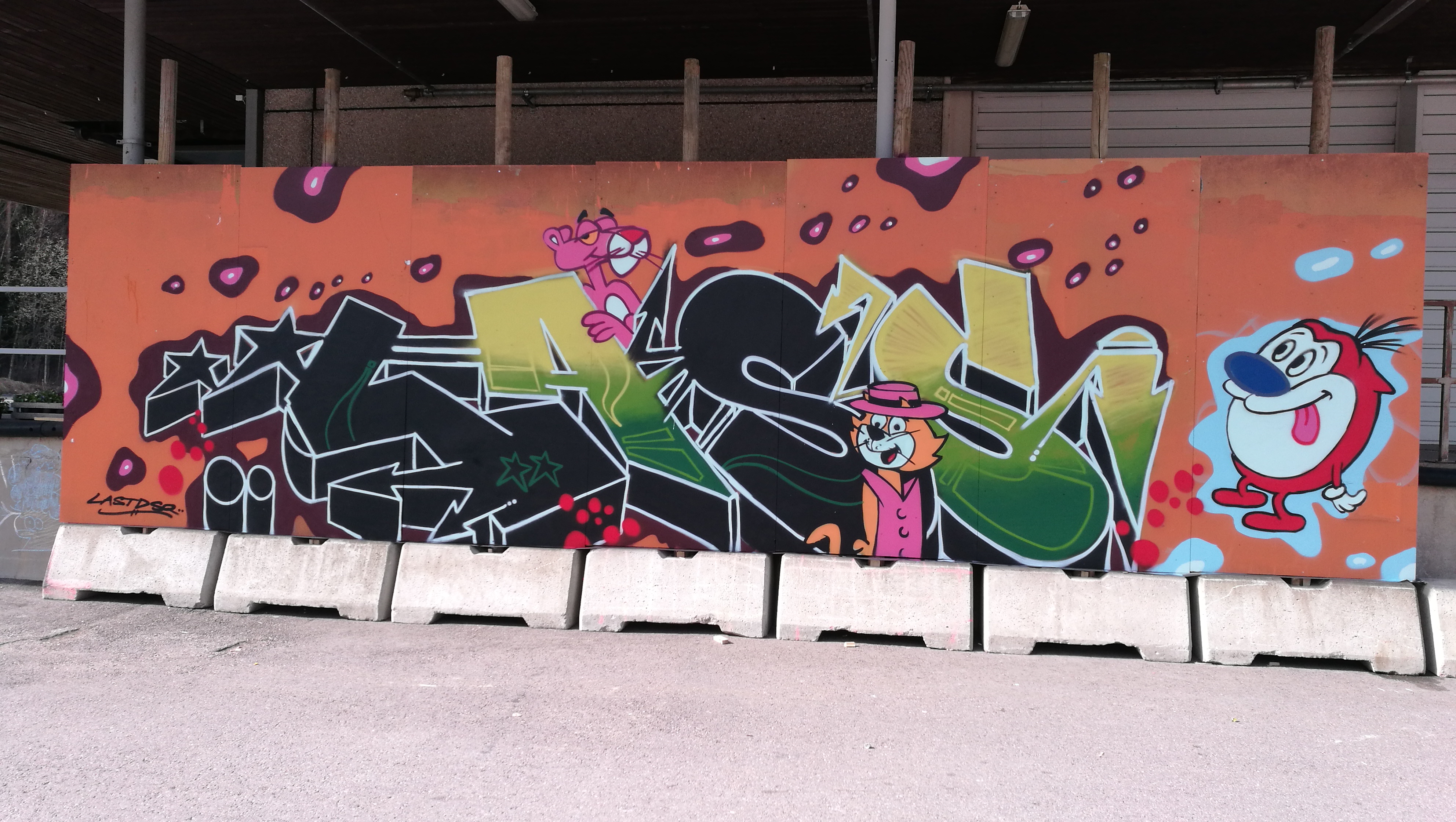