A terminal station will be built at Kivenlahti during the second phase of the West Metro. Tunnel excavations are currently underway at the Kivenlahti site, which is already around 95 per cent ready and will be completed in May-June 2017.

You can use the Länsimetro monitoring service to follow the progress of the excavation (seuranta.lansimetro.fi).  Excavated tunnels are marked in green and the locations of stations in red. 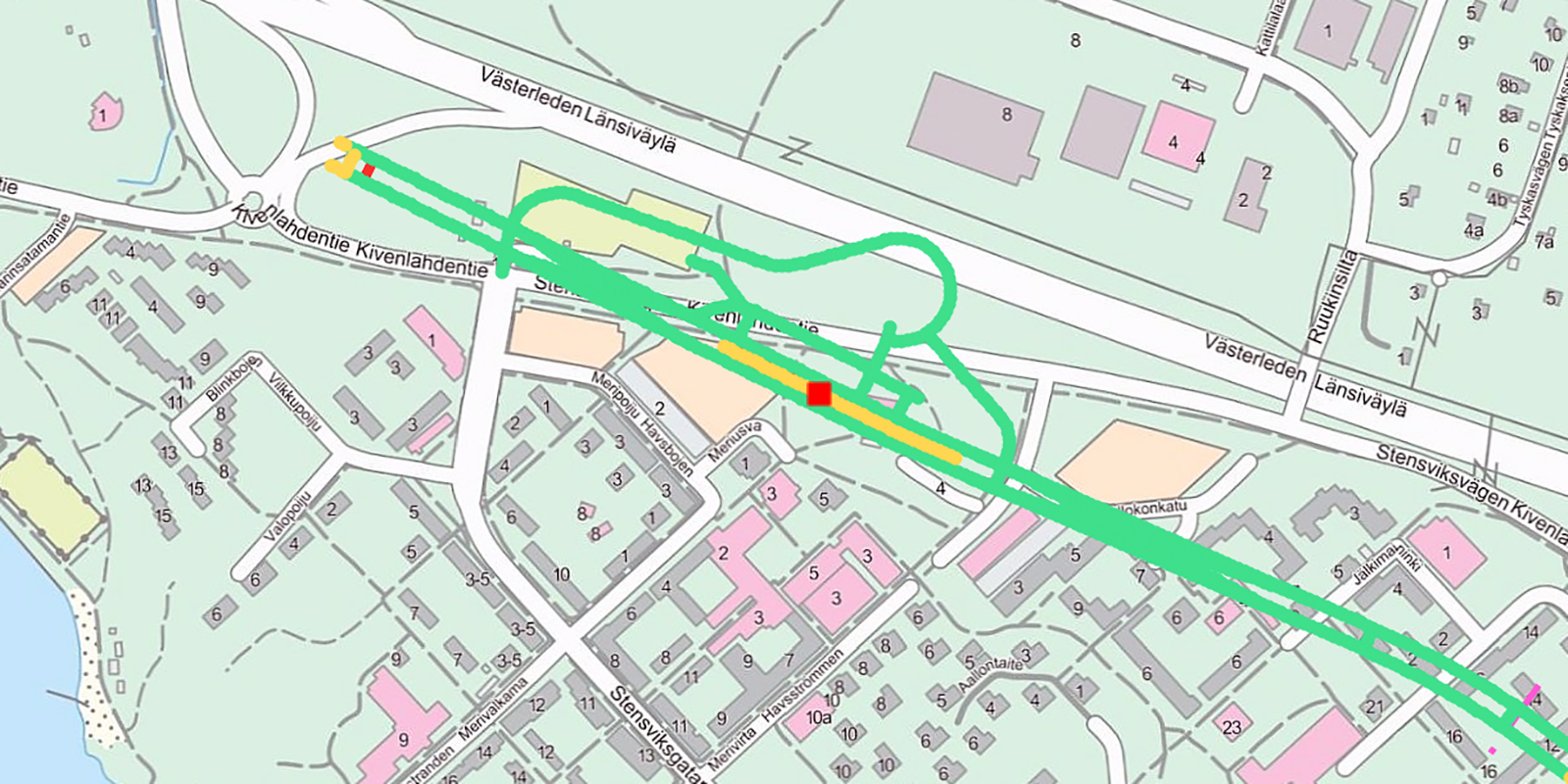