Länsimetro and Mattlidens Gymnasium jointly implemented an art project in which students painted portraits and quotes of famous people on the worksite barrier fences of the Kaitaa metro station.

In April and May, plywood panels in the yard of Mattlidens Gymnasium were adorned with pastels and opinioned quotes. On 3 June 2019, the panels were transported from the schoolyard to the West Metro’s Kaitaa work site, where they were put up to decorate the work site barrier fences near the Kaitaantie entrance. The barrier fence is located at Kaitaantie 6, and the artwork is next to the light-traffic route on the Kaitaa school side.

“The idea to join hands with Länsimetro was sparked when our sister school Vasa Övningsskola was coming to visit us from Vaasa and we wanted to create social artwork at a joint workshop. We were happy that Länsimetro agreed to the idea,” says art teacher Fredrika Auvinen, who headed the project.

The teacher defined the project’s visual identity and colours, but the students got to choose which famous person’s portrait and quote they would paint on the fence. The work was created using stencils – first the outlines were carved, then the painting took place outside.

“We also previously collaborated with Länsimetro, during the construction phase of the Matinkylä metro station and rail line. Länsimetro immediately responded to our enquiry and joined the collaboration with a flexible approach, which really helped take the project forward,” says Saana Ruotsala, the Principal of Mattlidens Gymnasium.

“It is important to go forward in life”

In April and May, Olivia Porko and Francesca Ström carved quotes in stencils during Auvinen’s art class. “It’s not the absence of fear. It’s overcoming it”, carved Porko, quoting Emma Watson.

“I like Emma Watson, and I felt it was important to choose a well-known female,” says Porko. Next to her, Ström traces Kate Winslet’s words, “Life is short and it is there to be lived.”

“I chose this quote because it’s true, I can really get behind it,” says Ström.

Many boys painted the images and quotes of their sports heroes on the barrier fence – Casimir Seire chose ice hockey player Timo Jutila’s quote, “Menemme eteenpäin” (“We are going forward”).

“It is important to go forward in life,” says Seire.

Filemon Halmesmäki has a strong sports background – that includes ski jumping. His own background led him to choose a quote by ski-jumper Matti Nykänen: “Elämä on ihmisen parasta aikaa” (“Life is the best time of your life”).

“I wanted to honour Matti’s memory. I have a positive image of him, and I wanted to pick a quote that is meaningful in both good and bad times,” says Halmesmäki.

The choices made by the young adults highlight a sense of authenticity and the importance of being true to oneself. For her artwork, Anastasia Shmakova chose a saying by Russian band Daite tank which is painted on the plywood panel in Cyrillic script.

“The saying more or less goes, ‘I like it better when you are quiet’. It’s true – if you are really close friends with someone, it’s natural for there also to be silence, you don’t need to talk all the time,” says Shmakova.

Giselle Ahola painted Coco Chanel’s quote, ”Don’t be like the rest of them, darling”.

“I think this is saying that it’s important to be yourself,” says Ahola. 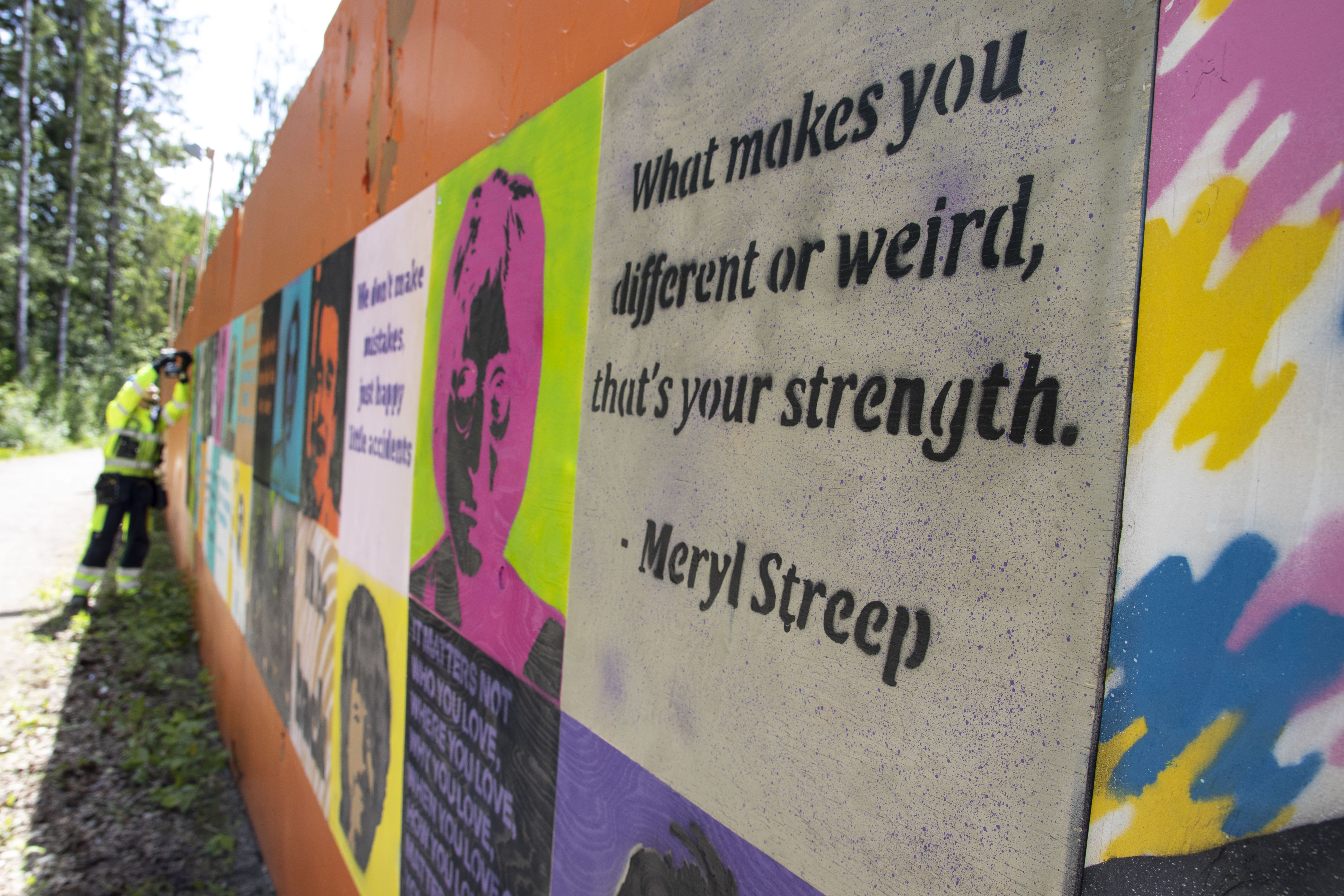 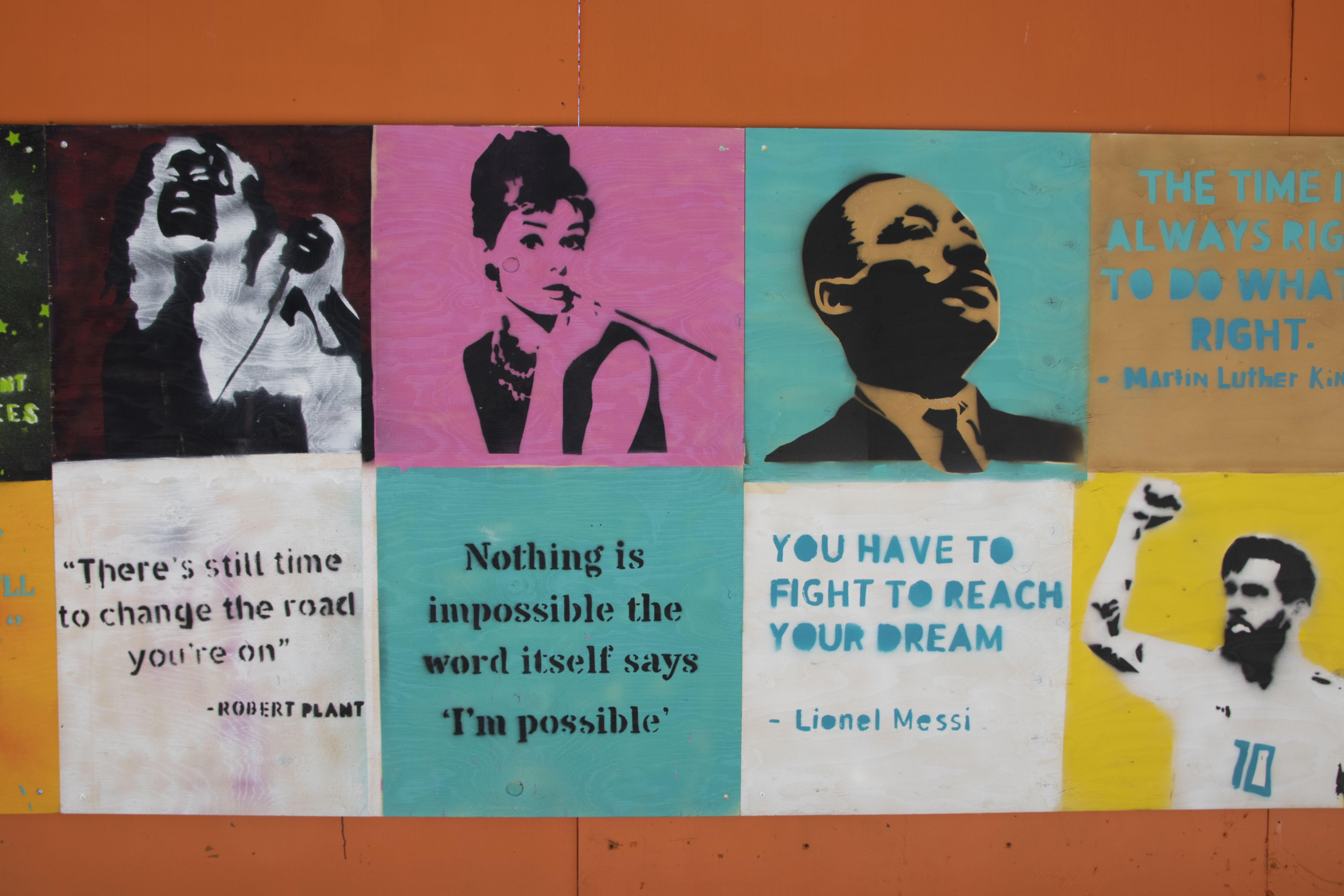 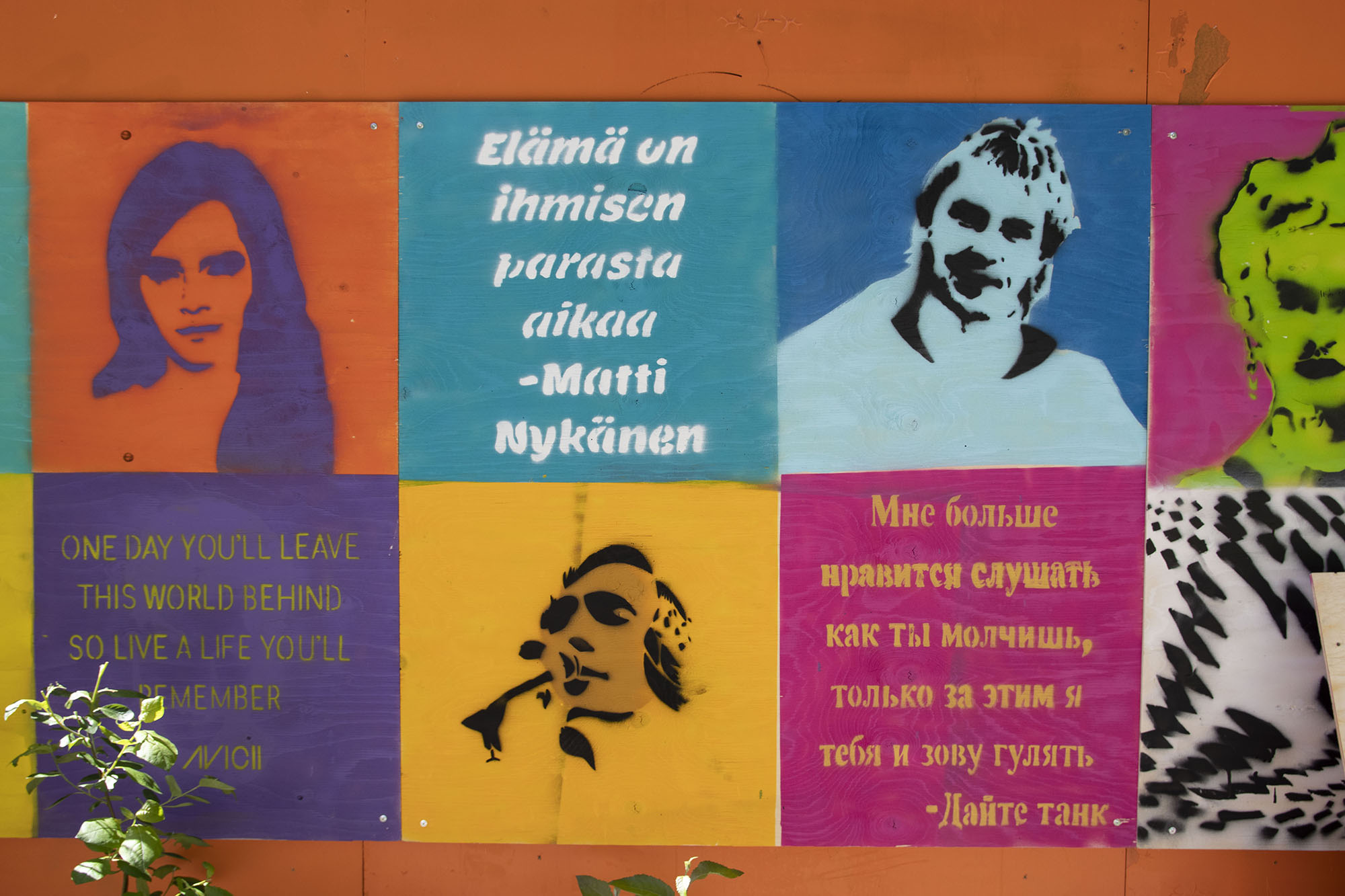