Come chat with the West Metro communications team as the Länsimetro/West Metro bike kicks off its tour in June! We will make our way through areas around the West Metro’s operational metro stations and those under construction until mid-August.

We welcome you to come chat with us and ask us any questions you have about the metro construction project. The meeting places will be announced in advance.

You can enter our Instagram contest in the summer by taking a picture of the West Metro bike and posting it with the hashtag #länsimetrofillari. We will hold a draw for surprise awards among all entries at the end of summer. 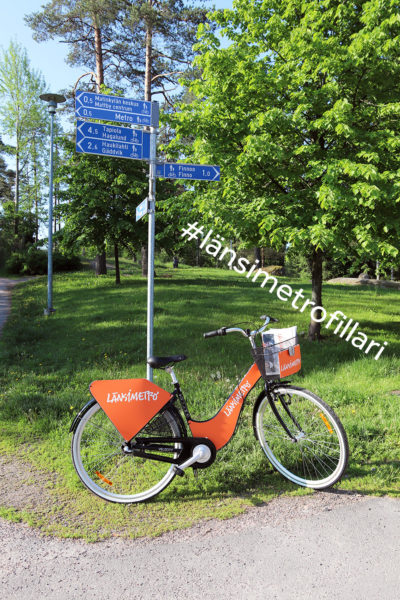 Our communications team will also cycle in the vicinity of the phase two metro line and worksite areas that are under construction. Also keep an eye out for us near the eight metro stations we own from Lauttasaari to Matinkylä.

We will be at the designated locations, weather permitting and based on the public’s interest, for roughly half an hour. We will announce other summer meeting times in social media and on our website.