An intensive clean-up of streets is ongoing in Espoo: streets are washed by means of washing vehicles and street sweepers now that night frosts are over. It was not possible to wash the street when there were night frosts, as the water could have frozen and caused hazards by making streets slippery.

The City of Espoo is responsible of the clean-up of public streets, and Länsimetro cooperates with the City in areas close to its worksites. These areas are cleaned up by a subcontractor normally once a week and, if necessary, even more often.

Last week there were four washing units in operation around the Kaitaa worksite for several days. Pentti Väyrynen, supervisor of the Kaitaa site, praises the quality of the spring clean-up.

“Both pavements and driveways are now in really good condition. Kaitaantie is clean from the Finnoo worksite to Riihilahdentie and even further. The surroundings of the Kaitaa station are also clean. The final clean-up in Hannuskallio will be made by 28 April,” says Väyrynen. 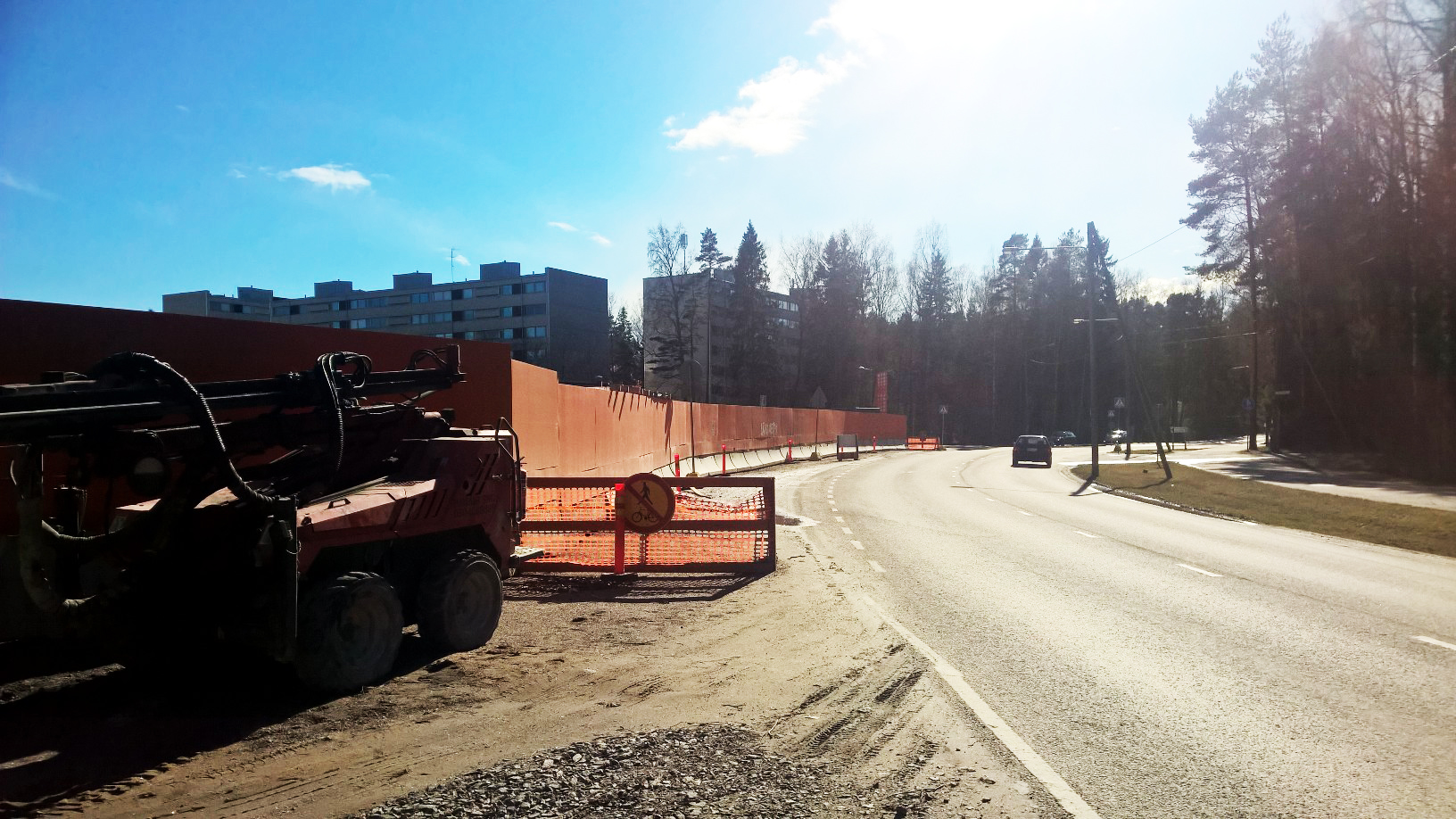