Construction of phase II of the West Metro project, from Matinkylä to Kivenlahti, is proceeding according to plan. In March 2018, the City of Espoo reviewed the project plan for phase II that it had drawn up in 2012. The adjusted cost estimate for the project is EUR 1,159 million. The aim is to hand over the seven-kilometre section of rail line and the five stations and depot to the operator, Helsinki City Transport (HKL), in 2023.

The construction contracts are being implemented as so-called project management contracts, the scope of which is similar to the construction of a mid-sized shopping centre. In addition, the project includes 26 subcontracts, with estimated sizes ranging from one million to more than 10 million euros.

The integrated project organisation that is building the West Metro moved to shared premises in Olari, Espoo, in spring 2017. The project’s key players and the reinforced organisation operate under one roof: authorities, planning, construction, finance, quality and risk management, as well as representatives from metro operator HKL, rescue services and the City of Espoo.

In compiling the project organisation for phase II, the experiences gained from the construction of phase I have been taken into account with great precision under the lead of CEO Ville Saksi.

“Even by European standards, the West Metro is a major project, combining infrastructure construction, building construction, technical buildings services expertise and automation. Our goal is to build a metro system that is in line with the project plan and which is assuredly one of the safest in the world. It is of the utmost importance to us to openly communicate on our progress,” states Länsimetro Oy’s CEO, Ville Saksi.

The phase II section of the metro will include five new stations: Finnoo, Kaitaa, Soukka, Espoonlahti and Kivenlahti. An underground metro depot for the needs of metro traffic operator HKL is being built at Sammalvuori. 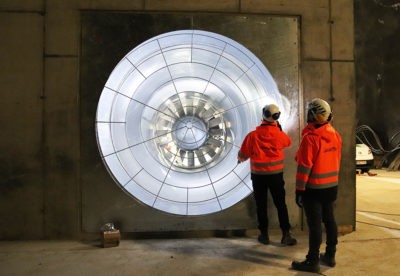