Exceptional traffic arrangements on the Merivirta side of the Kivenlahti metro station can be expected from the week of 9 September until the week of 23 September (weeks 37–39). The changes are due to the connection of Seitsenmerenreitti’s water supply lines to the water and sewer lines situated under Merivirta.

Due to the changes, one of the driving lanes on the Merivirta side of the metro station is closed. The crosswalk with traffic lights has also been taken out of use, and a replacement crosswalk has been set up a bit further away.

The temporary traffic arrangements will be removed at the latest at the start of the week of 23 September (week 39). After that, parts of the road and bicycle/pedestrian path will be repaved with asphalt, causing only minor disturbances to traffic. We apologise for any inconvenience caused by the work. 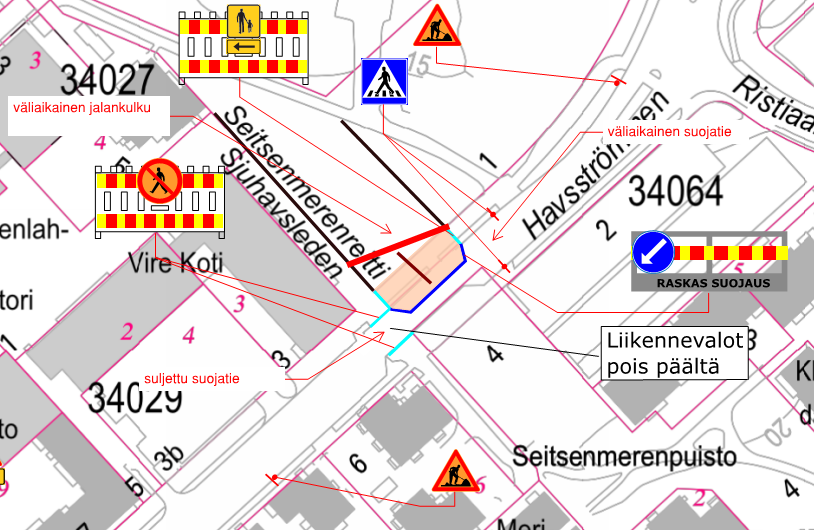