The construction contract for the Soukka station began in August 2018. Eighty per cent of the station’s concrete casting and element installations have now been completed. The contract involves casting close to 10,000 m3 of concrete and installing approximately 1,800 elements. Work on the station’s technical building services was started in June and included the installation of ventilation ducts, water and sewage pipes and sprinkler pipes.

The contract covers the construction of the Soukka metro station, its technical shafts, two entrances and a service tunnel from Soukanväylä to the station. The Soukantori entrance will have two storeys. Four side-by-side elevators will ensure smooth movement directly to the platform level. A second entrance will be situated on Yläkartanontie, with entry to the metro via escalators and an inclined elevator. The station will feature an art installation called “Sfäärit” (Spheres) by Taneli Rautiainen. The four elements of the art installation will be located vertically in different parts of the metro station, from the platform via the elevator shaft and to the Soukantori entrance.

“Construction at the Soukka metro station is proceeding according to plan. In addition to concrete work, the installation of cable trays, heating and cooling pipes, water and sewage pipes, a fire-extinguishing system and ventilation ducts is currently taking place. One goal is to have the roof structures ready at both entrances this year,” says Janne Tuoma, Construction Manager for the Soukka station in the West Metro project.

The consortium of YIT and ARE serves as the project management contractor for the Soukka station.

“The number of employees is currently at around 140. The challenge is the fragmented worksite area. The work takes place in several different areas. The plan is to provide heating during construction by means of district heating in autumn 2019. District heating will provide cost-effective and environment-friendly heat while the construction work is being carried out,” states Tomi Bergius, head of HVAC and electricity for the YIT/ARE consortium.

In the Matinkylä–Kivenlahti section of the West Metro project, seven kilometres of rail line, five new stations, and an underground metro depot in Sammalvuori are being constructed. The number of subcontracts is 26, and the project is being headed by an integrated project organisation with experts from 20 different companies. When the project ends, the stations and the rail line, including the technical systems for these, will remain under the ownership of Länsimetro Oy. 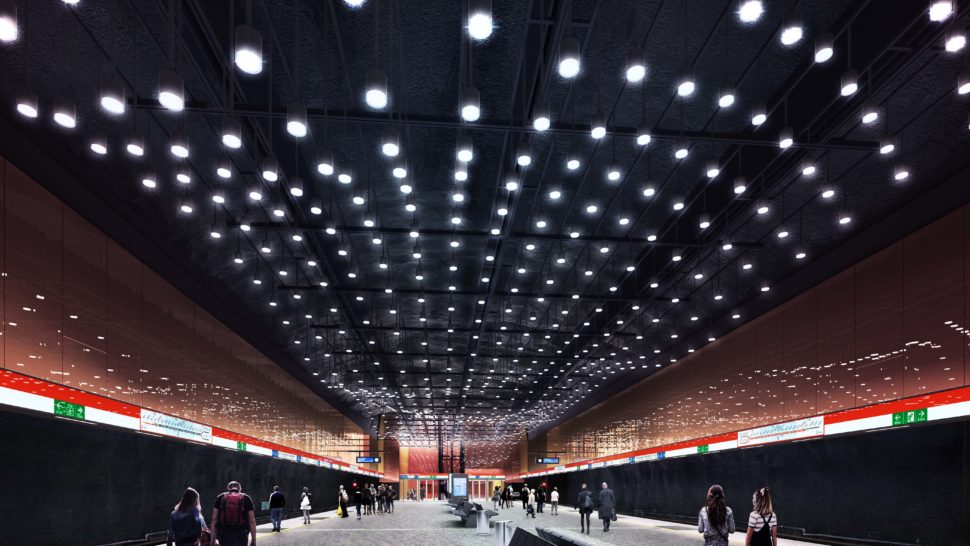 Länsimetro Oy is tasked with the construction of the metro line from Ruoholahti to Kivenlahti. The Matinkylä–Kivenlahti section of the West Metro will consist of 7 kilometres of rail line and 5 stations. An underground metro depot will be constructed in Sammalvuori. In 2017, a 14-kilometre rail line from Ruoholahti to Matinkylä and eight new stations were completed. The stations and rail line on this section, including the technical systems, are owned by Länsimetro Oy. The section was handed over to the operator in October 2017. www.lansimetro.fi @metrorakentuu