After the access tunnel project, a metro depot will be excavated. During both work phases, excavated rock will be removed along the most direct route to Länsiväylä and further afield for use in other construction projects. Haulage will be based on the blasting times. Blasting will occur 1–3 times a day. 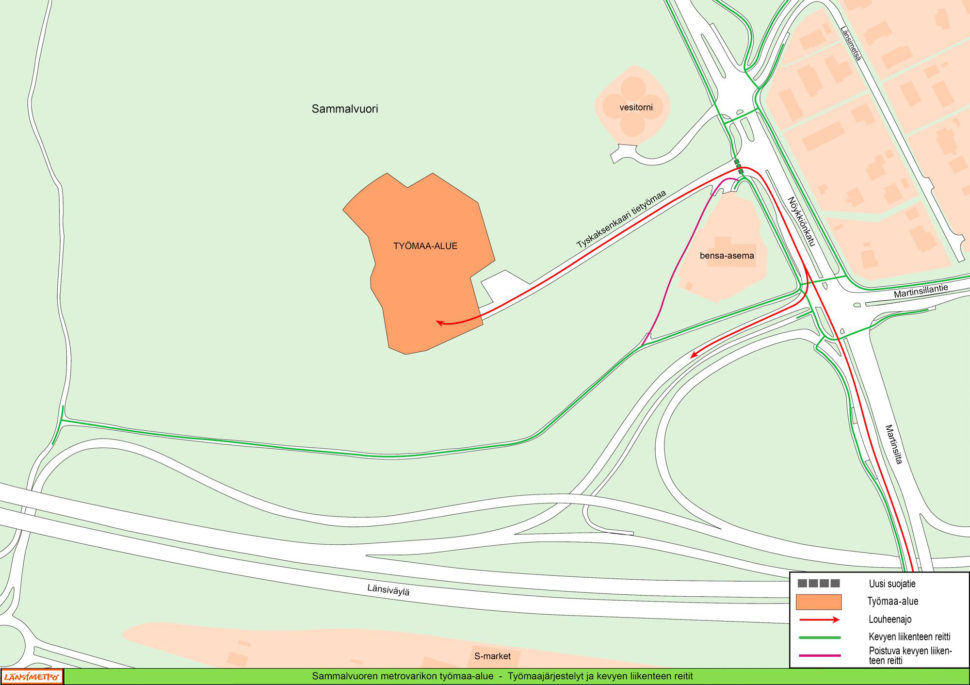 Working hours at the site, as determined by the Espoo Environment Department, are as follows:

Blasting for open excavation will be announced by an audible warning signal that is broken before the blast and continuous afterwards. Traffic on Nöykkiönkatu street will be stopped when necessary during open excavation at the road construction site.

We apologise for any disturbance caused by the work.