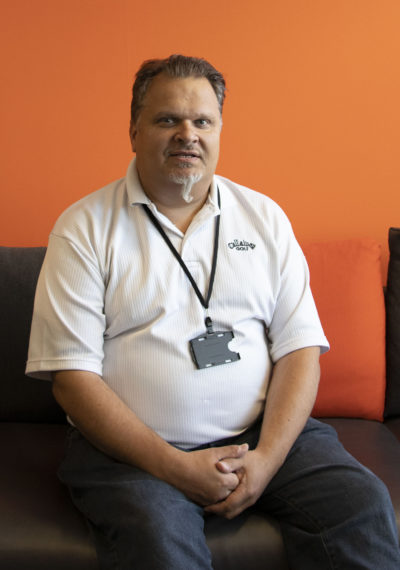 Sami Toivola, Bachelor of Construction Management, has started as supervisor of technical construction work at the West Metro’s Kivenlahti station. The supervisor’s work includes, for instance, inspecting reinforcements and various installations, as well as supervising and signing off on work samples. Toivola also takes part in various meetings related to the contract’s procurements, construction, scheduling and costs, to name a few.

“In addition to working in the office, I visit the work site every day,” says Toivola, who has worked at Kivenlahti for a month now.

Toivola has extensive experience in the construction industry, most recently having worked for AKR Betoni Oy. He has also worked at SRV, Lemminkäinen and Consti Julkisivu Oy. His background covers residential and industrial construction, as well as renovations.

“When the opportunity to join the metro construction project came up, I was definitely interested, because this is a major and long-term project. I also happen to live right near phase two of the metro project, which is currently under construction,” he says.

Structural work on the station is under way right now in the Kivenlahti contract, and it includes a great deal of concrete construction. Toivola holds a qualification in exceptionally demanding concrete construction from Suomen Betoniyhdistys ry (Concrete Association of Finland), something that is necessary when it comes to supervising the metro’s structural construction work. In addition, work on the technical building services has already been started in the metro station’s basement level.

“The electricity and HVAC contracts have their own supervisors, but naturally we work together a lot,” says Toivola.