The excavation contracts of the West Metro’s second phase, i.e. the metro line from Matinkylä to Kivenlahti, are nearing their end. Altogether, the second phase includes the construction of five new stations – Finnoo, Kaitaa, Soukka, Espoonlahti and Kivenlahti – and an underground metro depot in Sammalvuori.

The Sammalvuori excavation contract was completed in July 2017, and the construction project for the depot has already started. Tunnel excavations have also been completed in Soukka – only the Yläkartano entrance remains to be excavated, and is estimated to be completed in the spring of 2018. Station excavation work will continue until November in Kivenlahti, and until October 2017 for the Kauklahdenväylä shaft.

Excavation work is well under way also at other worksites – excavations are 92.5% complete for the Espoonlahti contract, 83.7% in Kaitaa and 74.1% in Finnoo. Overall, 89.5% of all the excavations for the second phase have been completed, and a total of 13,940 solid cubic metres of stone have been excavated between Matinkylä and Kivenlahti.

In many of the second phase tunnels, there is only a thin rock plug separating the different projects from each other. Connections between adjacent tunnels will only be made towards the end of the projects or when it is the most convenient in terms of work stages. The first connection from one tunnel to another was made between Finnoo and Kaitaa in August 2017, and connections will be made between Espoonlahti and Sammalvuori as well as Espoonlahti and Soukka in September.

You can follow the progress of the excavation work in the West Metro follow-up service: seuranta.lansimetro.fi. 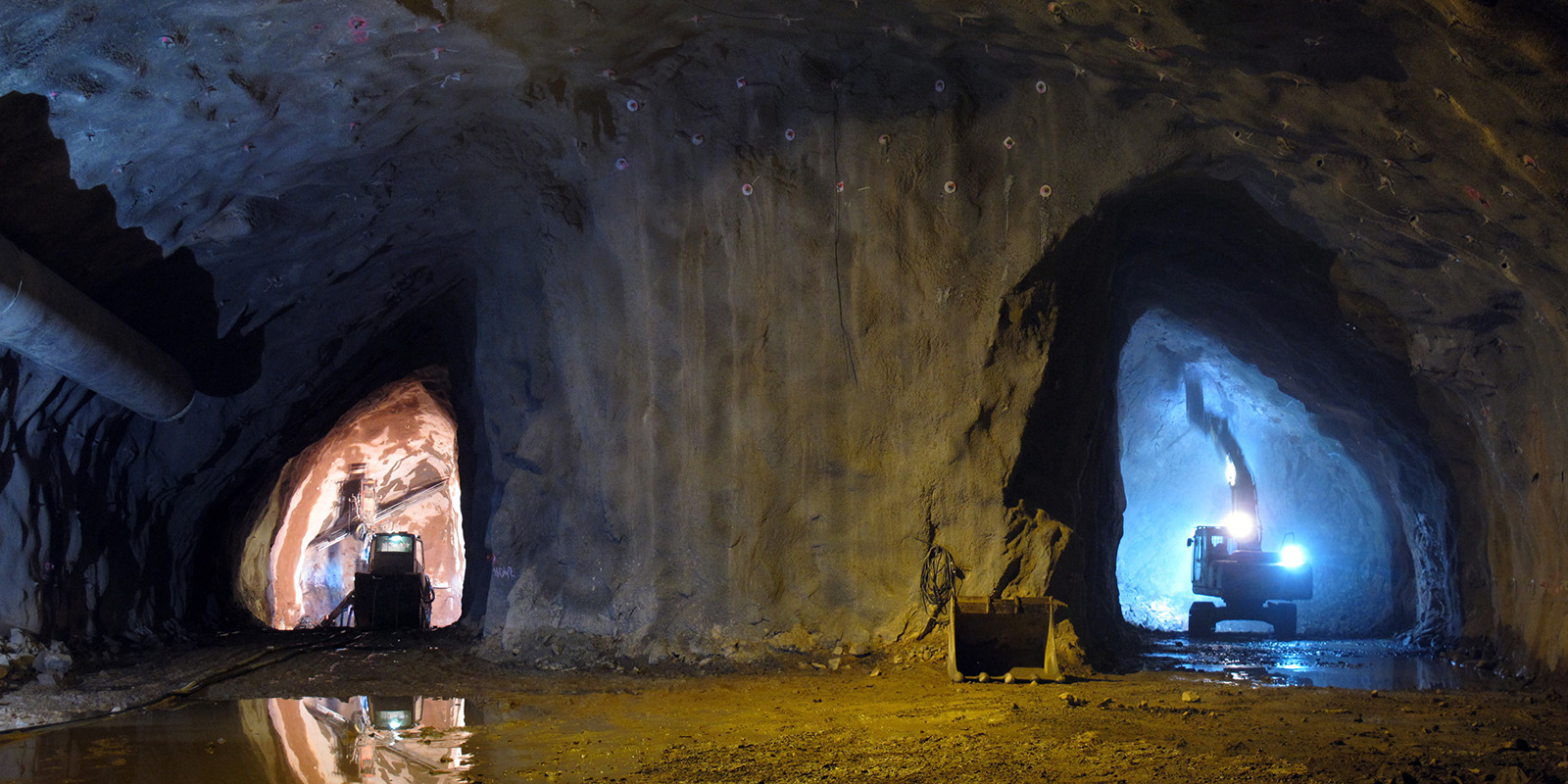