The excavation for the Kivenlahti metro station and rail tunnel will begin soon, with Kalliorakennus-Yhtiöt Oy as the excavation contractor. The work will begin immediately after the completion of the excavation of the access tunnel during November and December. The Kivenlahti worksite area will expand, resulting in Kivenlahdentie to be closed for traffic between Kivenlahdenkatu and Merivirta as of 4 January 2016. An entrance to the station will be built on Kivenlahdentie. Car and bus traffic will be directed to an alternative route as seen in the attached map. There will be no bus traffic in the closed area. The bus stops on Kivenlahdenkatu and Merivirta will be in use as usual, and two new bus stops will be added along Merivirta. Pedestrian and cycle traffic on Kivenlahdentie will be directed around the worksite area. Merivirta will also be equipped with pedestrian crossing traffic lights.

These temporary traffic arrangements will remain in force until the construction process is complete, at least until 2020.

Excavated rock will be taken to Länsiväylä and further afield for use in other construction projects. Haulage will be based on the blasting times. Blasting will occur 1–3 times a day. Excavation is estimated to continue until the end of 2017.

The monitoring service available on the Länsimetro website shows the rail line and the location of stations and shafts. You can also monitor the progress of excavation work at the service.

A briefing for residents will be held at Maininki School on 1 December at 19.00, explaining about the project, building site arrangements and excavation.
We apologise for any inconvenience caused. 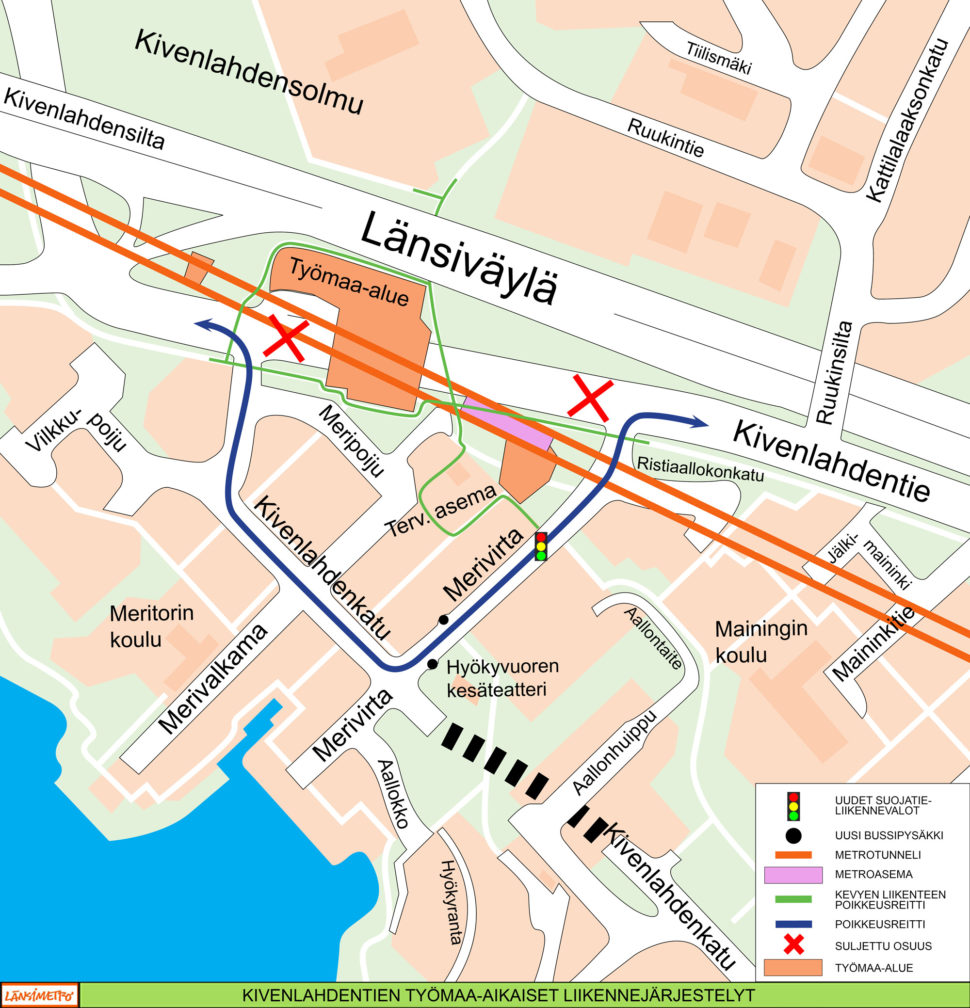