The Kohtaamo space in the Iso Omena Library will feature the outcome of a West Metro-themed drawing competition from 13 to 24 May 2019. The works are the creation of pupils in grades 1 through 6 from Iivisniemi School in winter-spring 2019.

“West Metro is a major project that has improved our school’s traffic connections to Helsinki. The route to Helsinki used to be much more complicated, as it required three different buses. The West Metro has improved transit for our school, so we were happy to take part in the drawing competition,” says Leena-Kaisa Pesola, principal of Iivisniemi School.

“The metro is also a topic that students are familiar with – the new Kaitaa metro station is close to the school and many of our pupils’ homes,” says teacher Pekka Löppönen, who helped organise the competition.

The school’s student council board assumed main responsibility for organising the competition. According to the brief of the drawing competition, entries could consist of an image or text, and they could be created alone or as a group. The entries included a collage called West Metro Rap that was created by the entire class, as well as a creation that featured materials from various metro stations.

“Our decision to take part was also related to encouraging our pupils to participate. It was important for the children themselves to promote the matter in the classroom. We want to encourage participation and openness when it comes to matters in society – school is not an island isolated from the world,” says Pesola.

Länsimetro keeps in regular contact with parties that fall within the sphere of the construction of the Matinkylä–Kivenlahti metro section, and this includes schools and day-care centres.

“We wanted to use a drawing competition as a means of finding out how children view the metro. It was wonderful to see how positive all the artwork was towards the metro, how creatively the work was realised and how much effort they put into it,” says Länsimetro’s Communications Manager, Saija Räsänen. 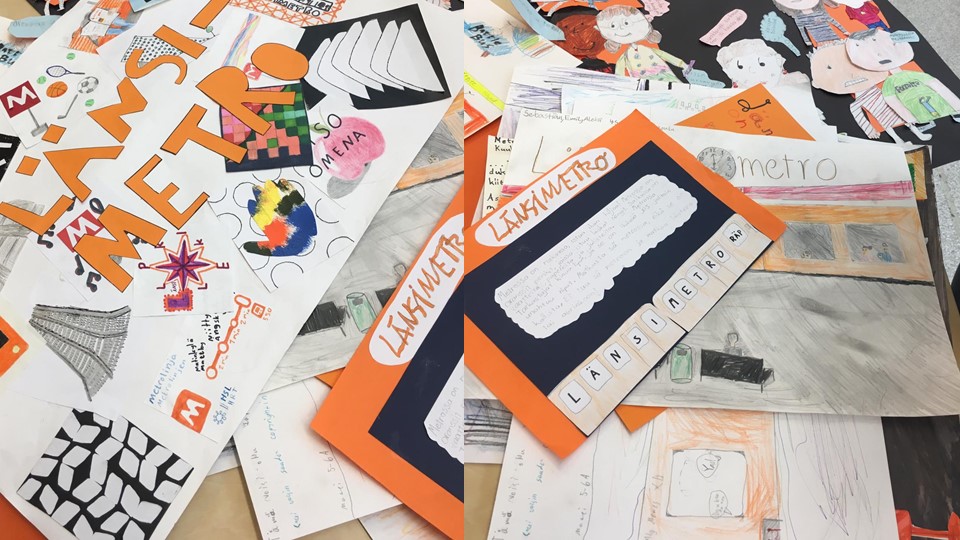