Construction of a glass wall at the entrance to the Matinkylä metro station, on the bus terminal level, will begin on Monday, 11 March 2019. The glass wall will be built between the K-Market and R-kioski, in front of the entrance to the metro. The addition of the wall is intended to enhance patrons’ enjoyment of the shopping centre.

The work will begin with the installation of safety barriers around the construction zone. Construction of the wall will take place in two phases: in phase one, a wall will be built on the K-Market side, and in phase two, on the R-Kioski side.

One side will take three and a half weeks to build. When phase one is completed, the safety barriers will be moved to the other side, and phase two will begin. The work will last a total of roughly nine weeks, with the project being completed in May.

The work will be carried out during the day, starting at 7.00 a.m. The project involves building three sliding doors and two swing doors. The sliding doors will function with motion sensors.

When the second part of the wall is being built on the R-kioski side, HSL’s ticket machines will be temporarily relocated outside of the construction zone. Once the work is completed, the ticket machines will be returned to their original locations. The Travel Card readers will remain in the same place, at the top of the escalators, and the platform area will not change.

The arrangements will not affect bus traffic at the terminal. The route from the bus arrivals terminal to the metro will remain the same, and passengers who are switching transportation methods will not have to bypass the worksite area.

Materials for the project will not be transported to the worksite during rush-hour periods. The work will be carried out by Hermanns Oy, Are Oy and Rakennuspalvelu Heino. 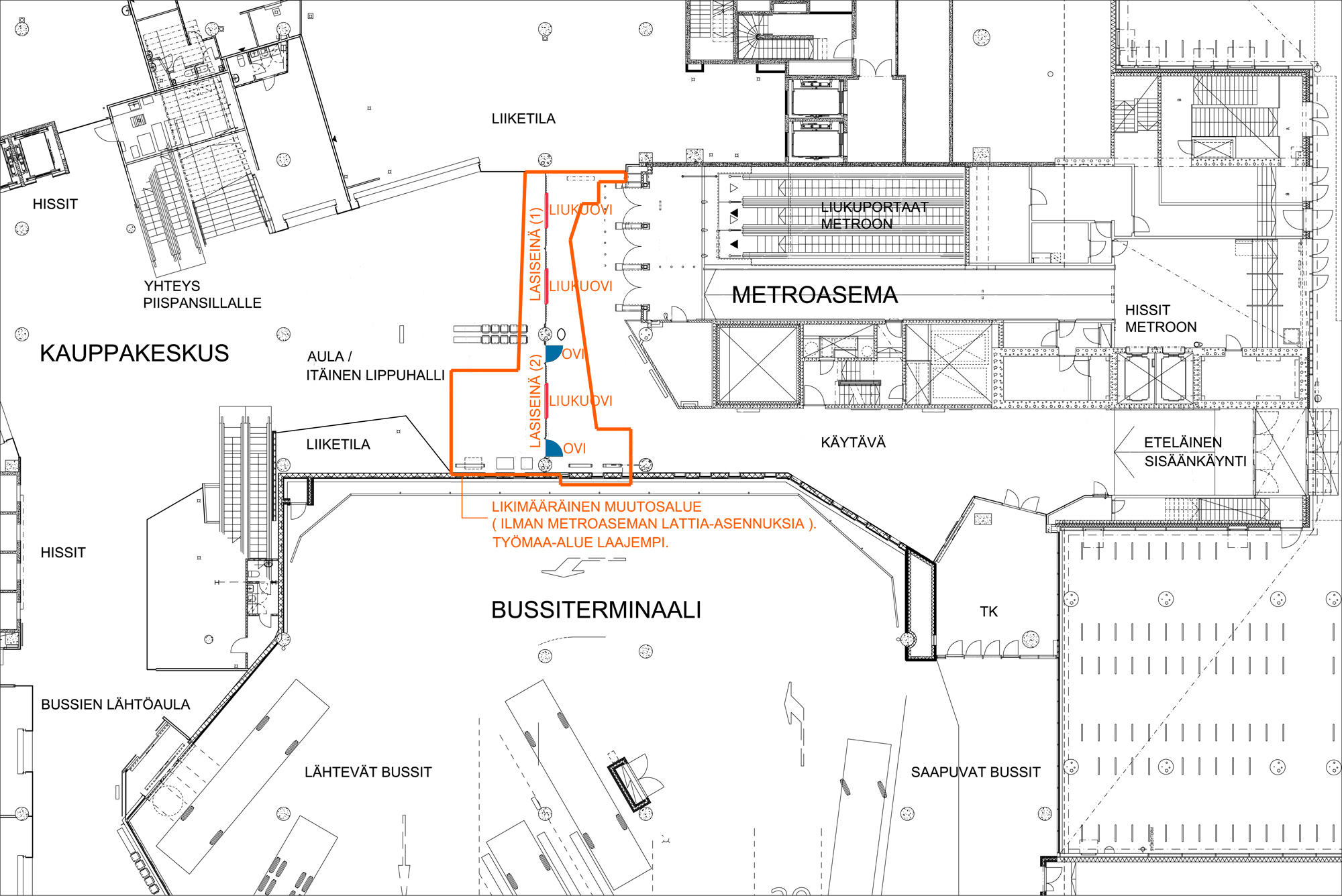