The “Wanderers” (Kulkijat) sculptures at the Kivenlahti metro station still don’t have names. Vote names for us from 7 December to 17 December 2021.

We got 208 name suggestions during 17 November—2 December. The jury selected finalists from among all the entries. The Finalist are 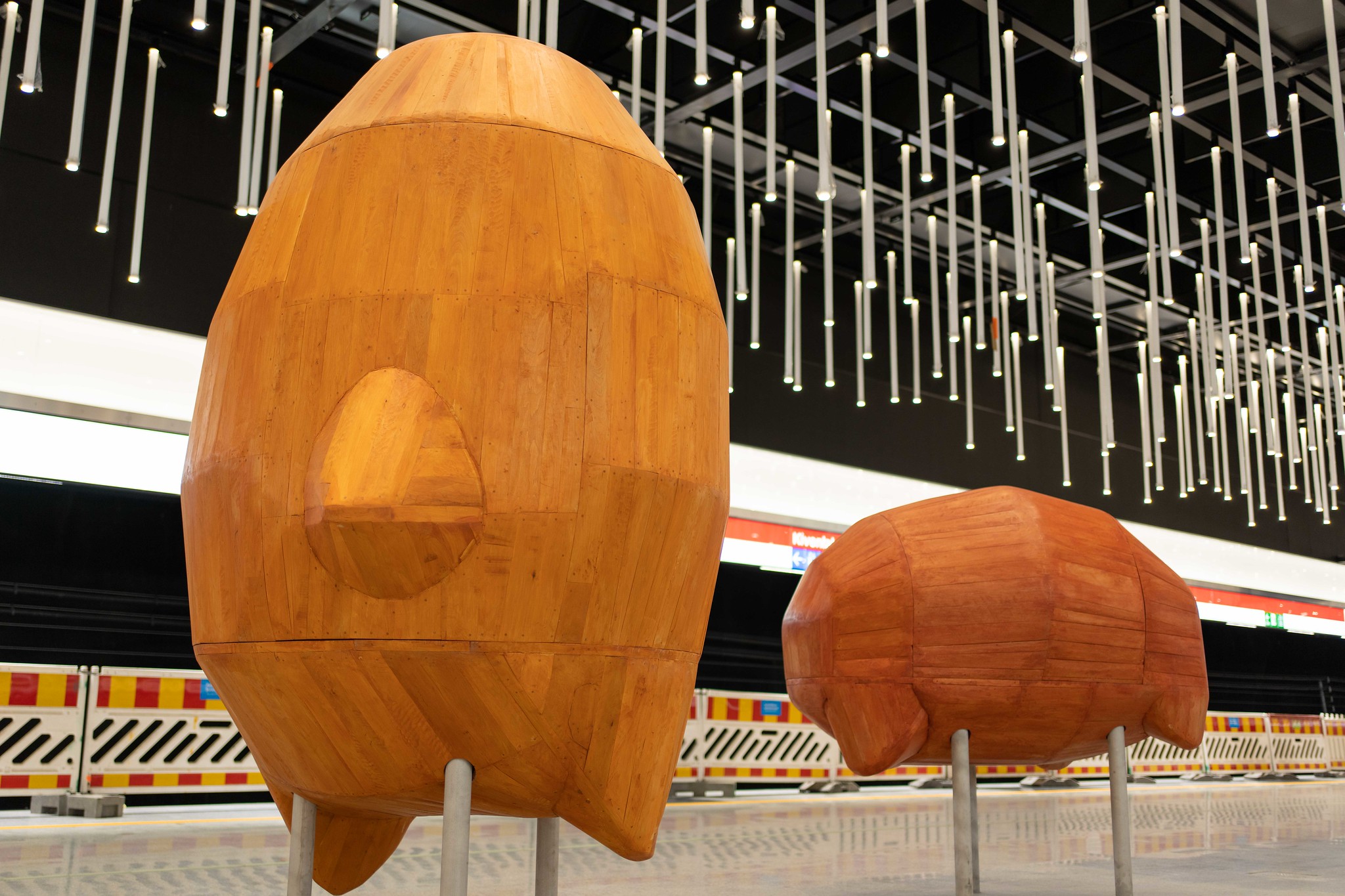 How the name suggestion have been chosed

The jury selected finalists from among all the suggestions (208 suggestions). The public will vote the favorite name from among the jury’s chosen finalists. The winner will be announced during the week 51/2021.

The Jury Chairman was sculptor Kalle Mustonen. The jury was made up of Petteri Littu, an architect from ALA Architects, which is responsible for the design of the Kivenlahti metro station; Kimmo Leivo, Project Director for the City of Espoo’s Urban Environment Sector; Toni Penttala, shopkeeper of the Kivenlahti and Kivenlahdenkatu K-Market grocery stores; and Pauliina Wiskari, owner of the Wiskarila restaurant. The Jury Secretary was Länsimetro’s Communications Manager Marianne Partanen.