Photographing/filming in metro trains and at metro stations

Special permission is not required for taking photographs or filming in metro trains and stations, but HKL requests that you contact us so that we can provide additional guidelines related to safety and photographing/filming and so that we can notify HKL personnel of the photo shoot.

Photographers/film crews are requested to work in a way that causes the least disruption to commuters. For that reason, the smaller the film crew, the better. HKL also recommends photographing/filming outside rush hour periods (weekdays 7–9 am and 3–5 pm). Every member of the camera crew must have a valid public transit ticket if the photographing/filming takes place in a transit vehicle or in the metro station’s paid zone. Further information: www.hsl.fi

Enquiries about photographing/filming in metro trains and at metro stations:
tiedustelu.hkl@hel.fi. To speed up the process, please provide the information requested in this form.

Photography/filming that requires the presence of HKL personnel or the use of HKL’s resources is subject to a fee. HKL will determine whether the photo shoot/filming is possible.

Information about the rental of metro trains is available from HKL.

There are busking areas in the Lauttasaari, Aalto University and Niittykumpu metro stations; enquiries about busking can be made with the metro security guards. Depending on the station, permission can be granted for one or two hours at a time.

Use of West Metro spaces for events

For information about using a West Metro station for an event, please contact Länsimetro’s communications department.

HKL or Länsimetro may also take part in event arrangements as a co-operation partner, and thus grant permission to use a space for the event in question. As a general rule, we do not grant permission to use any space to market or promote a private company or commercial product, or any ideological, religious or political stances. We also do not rent out spaces for such purposes, with the exception of privately chartered tramcars and metro trains redeemed at the list price, in which case marketing is possible.

For enquiries about private chartering, please send an email to tilausajot.hkl@hel.fi. Information concerning the possibility of using HKL’s spaces for events must, depending on the extent of the arrangements, be requested sufficiently in advance by email: esiintymiset.hkl@hel.fi.

Metro station spaces can be used for events that support the city’s revival and commuters’ enjoyment, and which were possibly already non-commercial activities supported by the City of Espoo. HKL and Länsimetro do not, however, automatically approve event requests. We also take the equal treatment of different event organisers into account. In general, approved projects are given permission to use the spaces at no charge. 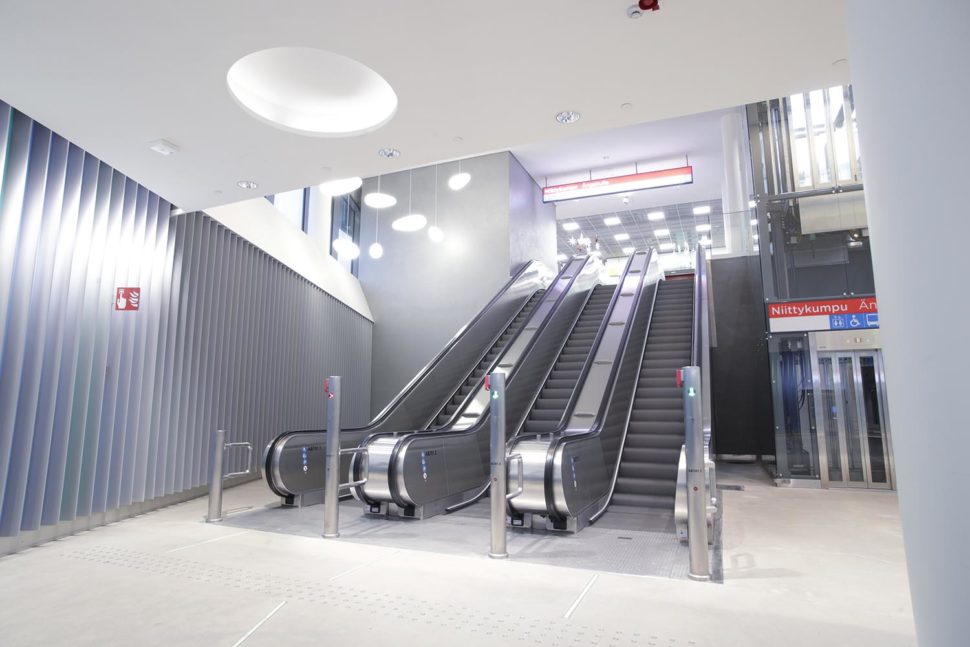