The construction of a metro station is a combination of structural work, HVAC and electricity and several demanding technical systems. In the final stage, the station’s surfaces are finished and every West Metro station is given a distinct visual identity. 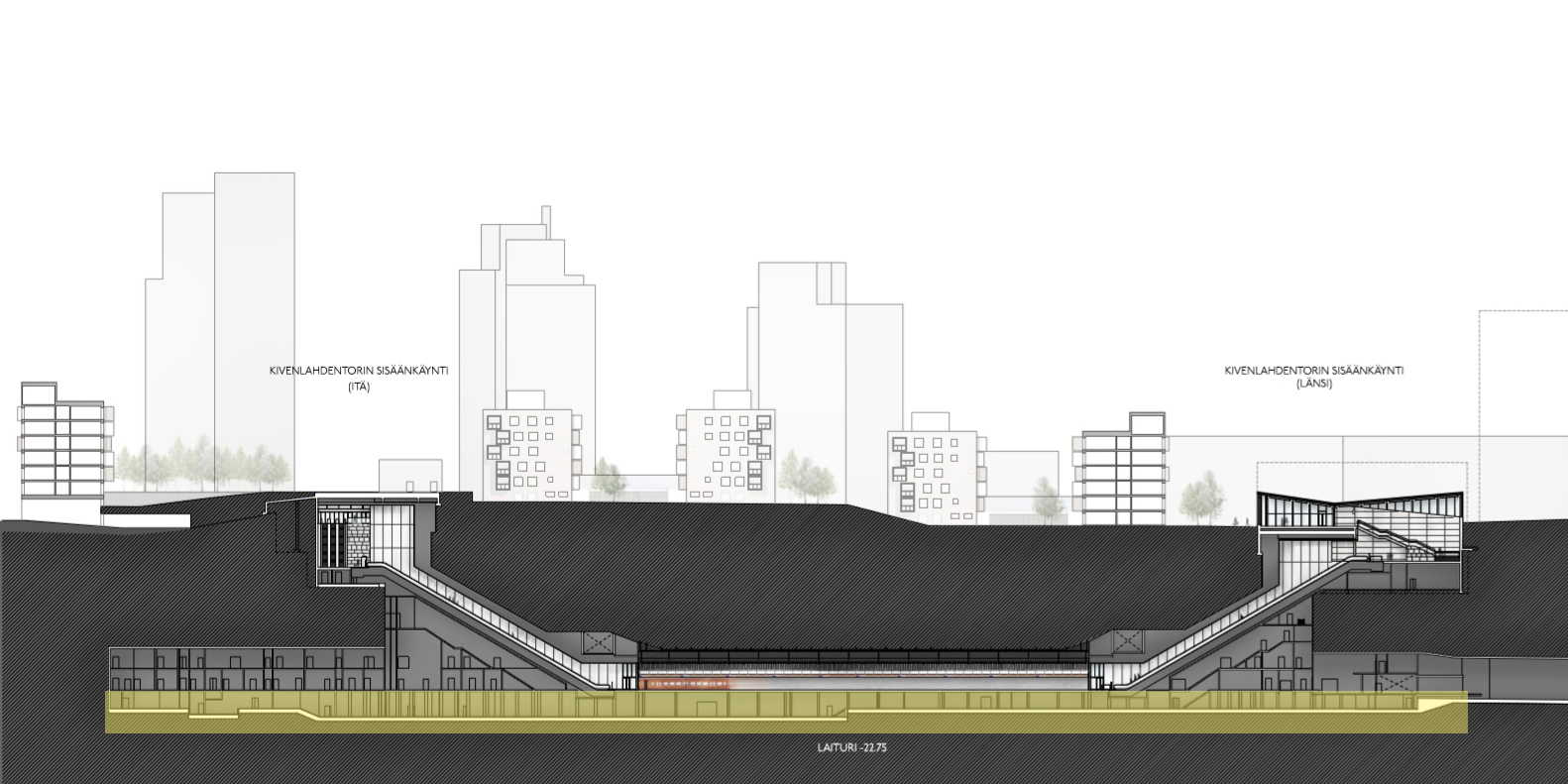 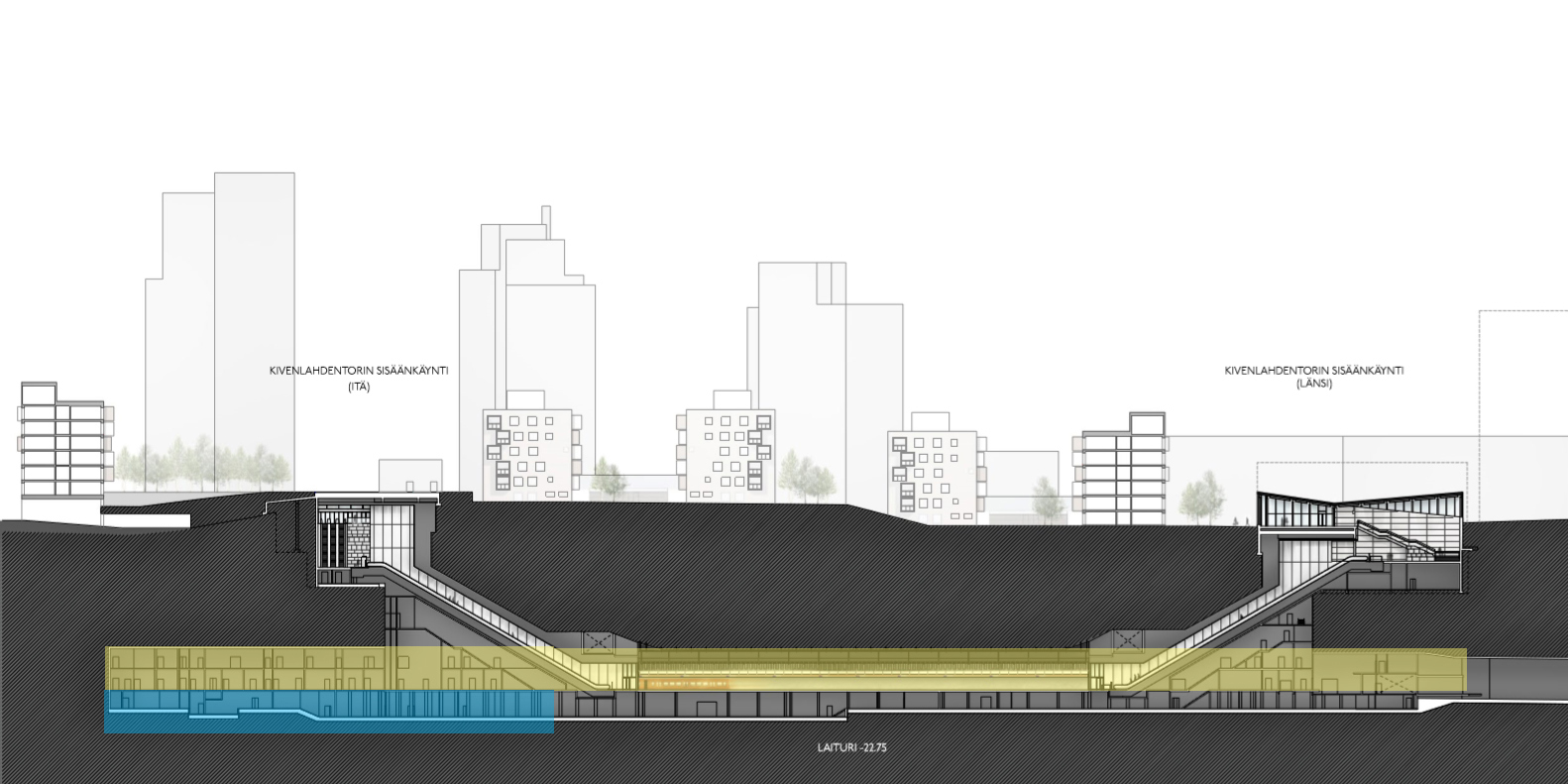 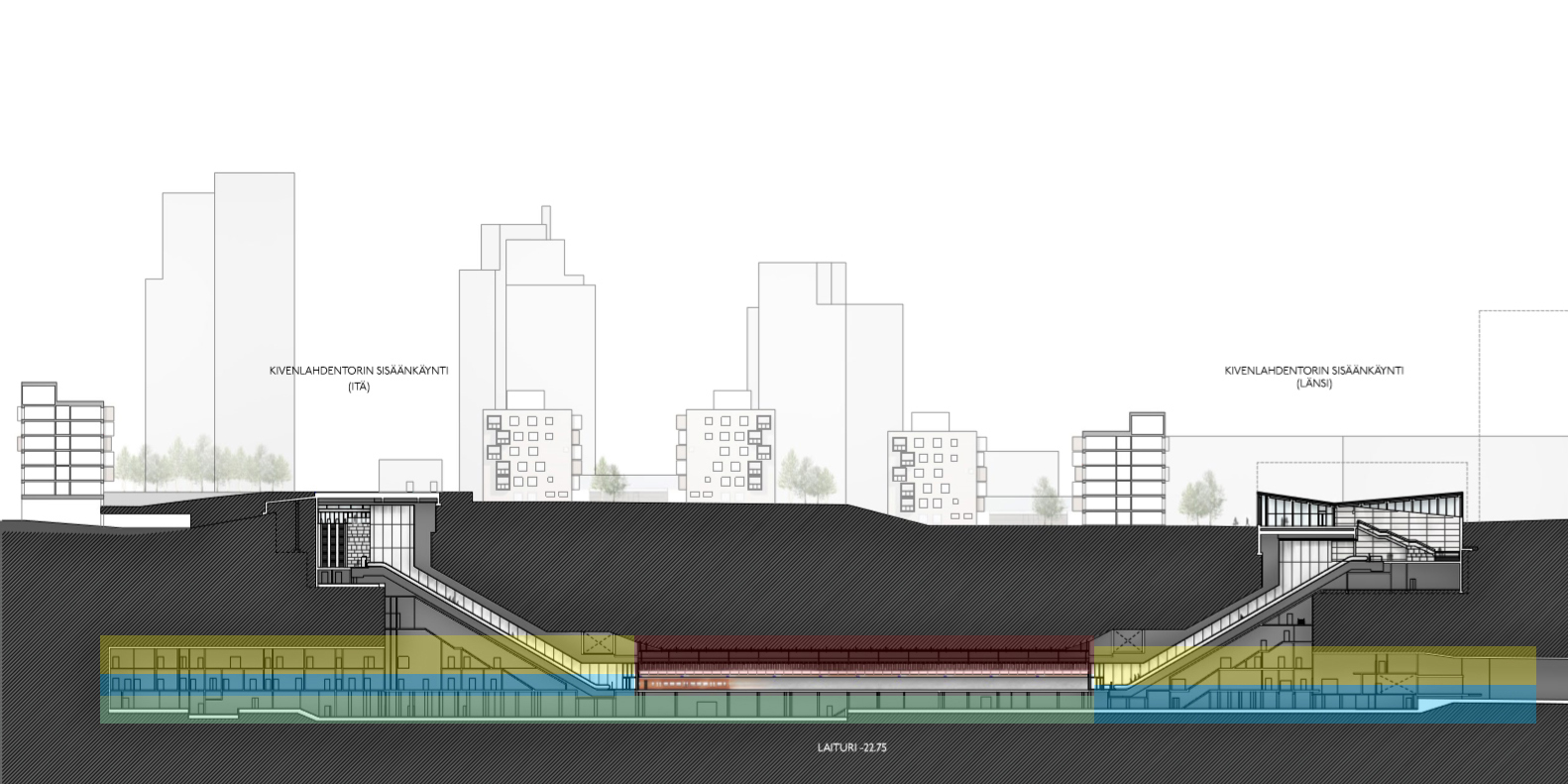 3. Construction of the upper part of the platform wall and the ceiling

Once the automated metro is realised, the platform walls are easy to install at the stations later. Info boards are affixed to the upper part of the platform wall. Art or other solutions designed by the architect can be installed on the upper portion of the metro station platform’s wall. 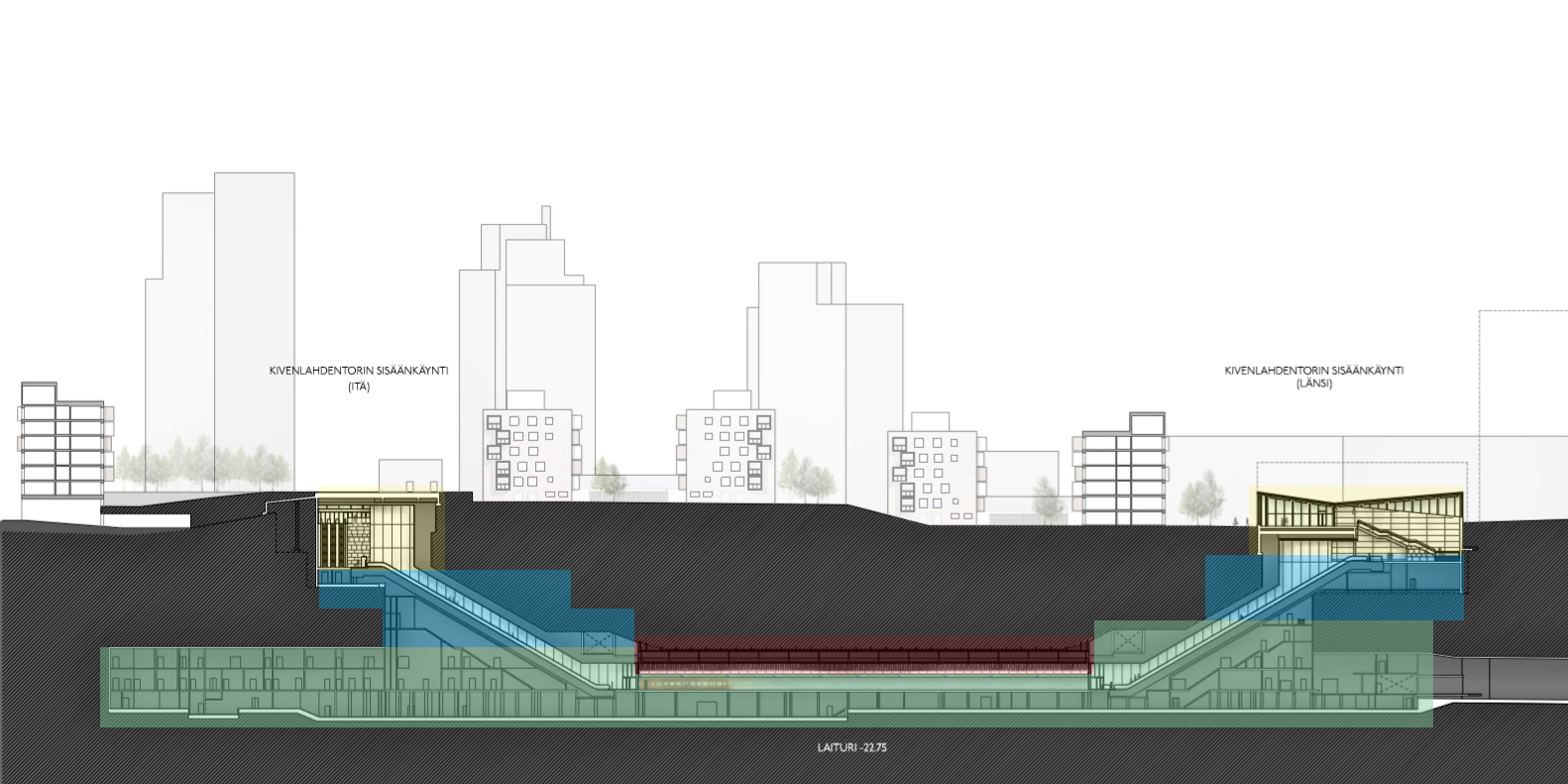 HVAC and electricity work is started in stages as the decoration work in the spaces becomes ready. The metro will have a range of technical and automation systems: HVAC and electricity, personal safety technology required by the rescue department and tunnel rail technology. 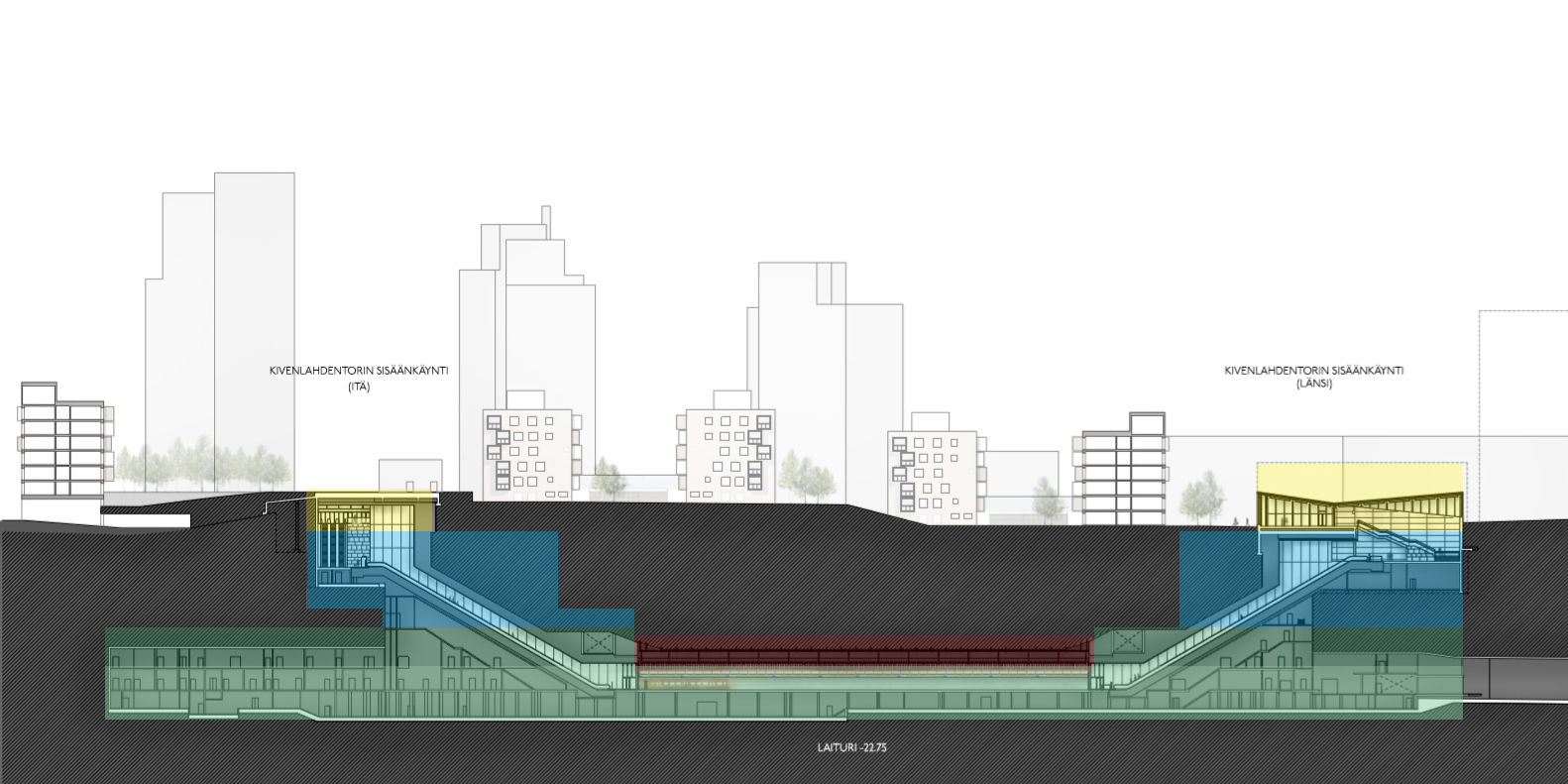 Escalators are installed at the same time as ancillary structures are built. They are brought into the station either from below, through a tunnel, or from above, via the shafts. One escalator section weighs four tonnes and is four metres long. The lower part of the escalator houses a significant amount of technology: the machine that runs the stairs demands two metres of space under the escalator, so only a small proportion of the escalator is visible to the metro user.

Other technology for the metro, such as transformers and back-up machines, must also be brought into the station. This is called haulage. A total of 52 different systems can be found in the metro. The automation systems include, among other things, HVAC automation, building supervision, power supply monitoring, camera and PA systems and access control. HVAC systems include pumping stations, smoke extraction fans, station-specific ventilation and overpressure fans and a fire water protection system. Other metro systems are, for instance, safety systems, fire doors and commuter information systems. 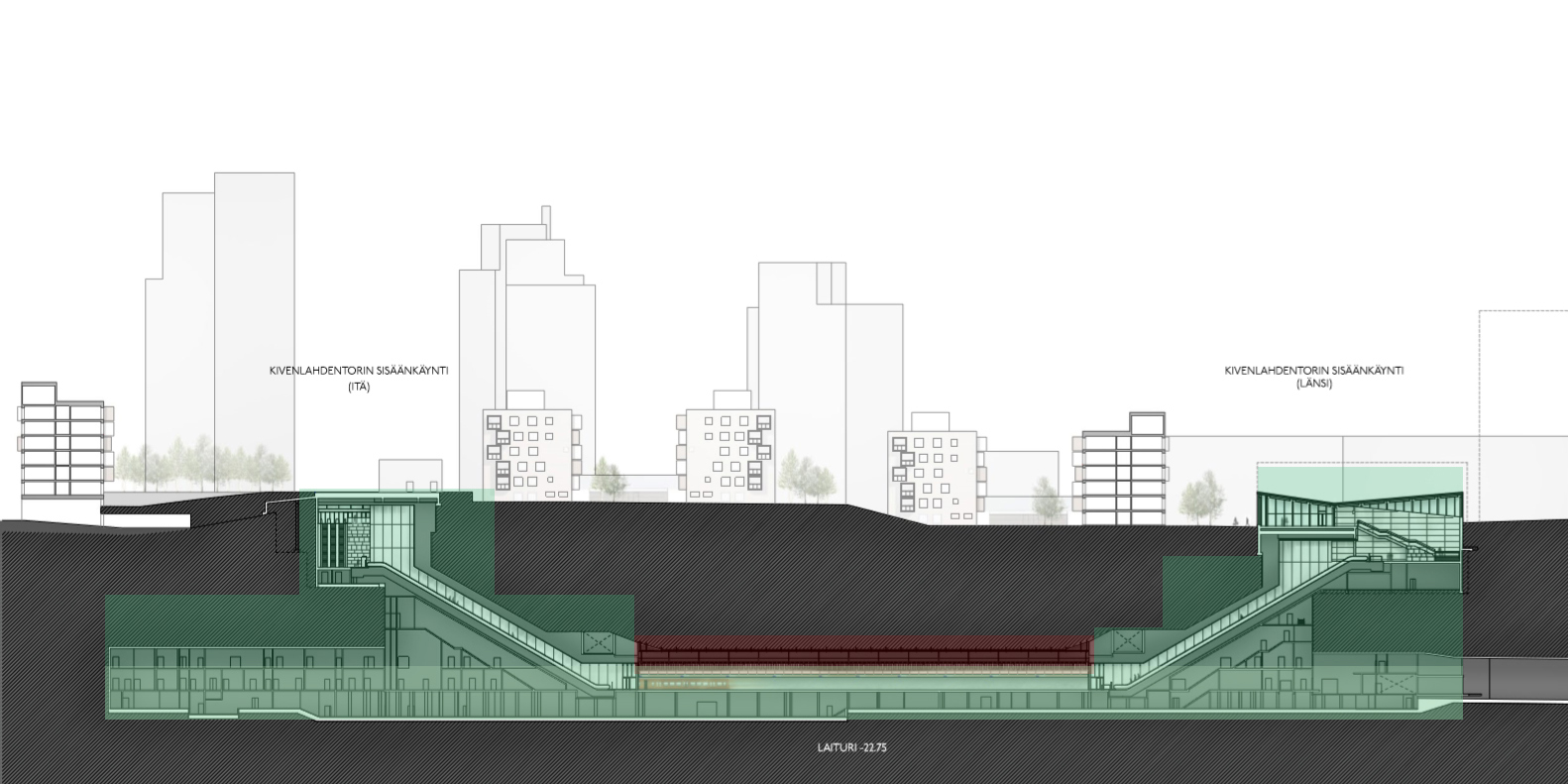 6. Finishing of the surfaces

After the station is equipped with technology, the finishing touches are added – each station is given a distinct visual identity through the surface materials planned by the architect.

The tunnel and station meet

While the metro station work is carried out, the rail is being built at the same time. The construction of the rail and the station meet when construction of the rails on the track begins. The track is fitted with blocks, a rail and conductor rails; with steering, safety and surveillance systems; and with fire doors in the connection tunnels that connect the rail tunnels. When the station and the rail contract is complete, a test run of the metro will take place. All 52 systems must be tested and they must work together. Metropolitan Area Transport Ltd will conduct test runs on the track prior to starting up traffic.

You can read more about tunnel construction.